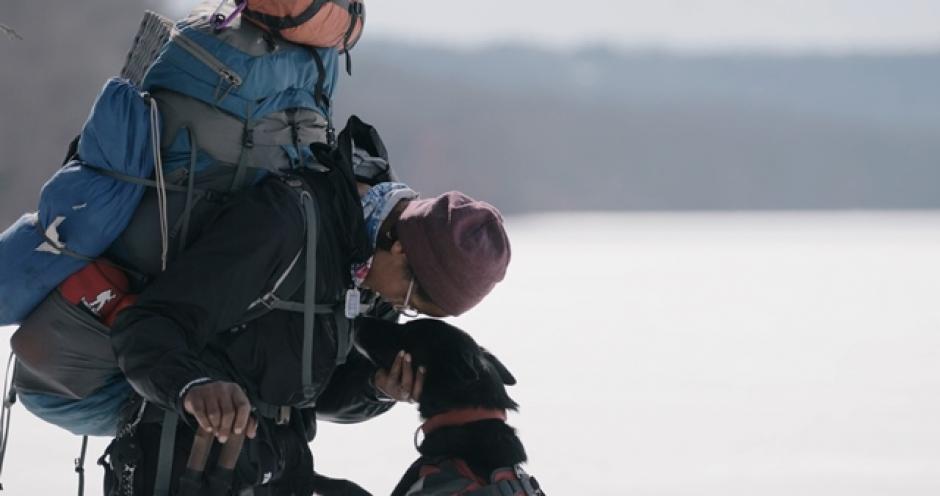 As Midwesterners huddled safely in their homes to avoid the frigid chill of a Wisconsin winter and the devastating trauma of a world-wide pandemic, Emily Ford set out on a long walk with a borrowed sled dog named Diggins. Well acquainted with the hazardous weather of the upper Midwest, this professional gardener from Duluth, Minnesota aimed to traverse the length of the Ice Age National Scenic Hiking Trail (IAT), a distance of more than 1,200 miles through some of the coldest temperatures in recorded history. The new film, Breaking Trail, directed by Jesse Roesler, premieres at the Banff Centre Mountain Film and Book Festival and documents the achievement of a Black American queer woman who braved the frozen landscape of the Dairy State to warm the hearts and minds of people across the nation eager to be inspired by a true story of adventure.

When Ford departed for her journey from the eastern terminus of the IAT on December 28, 2020,  three COVID-19 vaccines had been developed and approved by the FDA but were not yet widely distributed. Safer-at-home restrictions were in effect nation-wide and most non-essential businesses remained closed. In many communities across Wisconsin, face masks were required to prevent the transmission of the disease, but resistance to this mandate caused tensions to escalate. The United States of America had just endured the most divisive presidential election in modern memory following months of social unrest as people in every major city  protested the tragic murder of George Floyd under the knee of a Minneapolis police officer. And just over a week after Ford began hiking, a violent mob of insurrectionists stormed the U.S. Capitol Building in Washington D.C.

“And then there was this story of this woman who was going to do this incredible adventure,” says Ford’s partner Florencia Matamoro in the film. “Everybody held on so tightly to this really positive thing that was happening.”

If successful, Ford would be the first woman to thru-hike the IAT in winter. Having been a resident of Wisconsin for more than 25 years and then a board member of the Ice Age Trail Alliance, the nonprofit organization that manages the resource, I watched Ford’s excursion with great interest and enthusiasm. As a Black man dedicated to the creation of safe and welcoming places for all people to experience and enjoy the outdoors, I was committed to the completion of this noble endeavor. Via Instagram I followed her progress along with thousands of others as she made her way through dozens of trail communities from the urban areas of Green Bay, Milwaukee and Madison to the most rural townships and vast fields of fallow frozen farmland.

Despite all that was happening in the world, with so much anger, distrust and fear,  Ford ventured out into the cold alone, with only her dog Diggins as a constant companion. With daytime temperatures well below 0º Fahrenheit and more than 500 miles of her trek along asphalt highways, she made herself vulnerable not only to natural elements but her own apprehension of the human beings she might encounter along the way.

“I’ve just only met people. I haven’t really met the angry mobs,” she says to the camera.” But I don’t want to put every person, under such a large umbrella, into such a radical category. I want to get to know them first and be surprised by their kindness.”

Though not naive to the realities of a world that might do her harm as a woman, not to mention race or sexual orientation,  Ford put herself out there to deliberately experience the natural environment and learn what it had to teach. In her travels and the recounting of her story in this remarkable film she aims to encourage others to set aside their fears and share in the wonders of the outdoors.

“I don’t want people to be deprived of what nature can offer because of societal fear or what they’ve been told they should fear, or what has come up in recent years or in history,” she says. “There’s something about putting up your tent outside, sleeping under the stars and seeing bright stars, maybe for the first time in your life. This is for everybody, to be as human as possible under the big sky.” 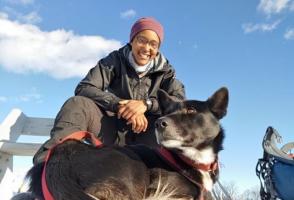 Image from the film Breaking Trail 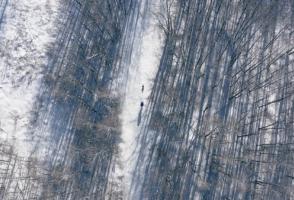 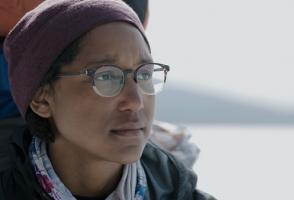