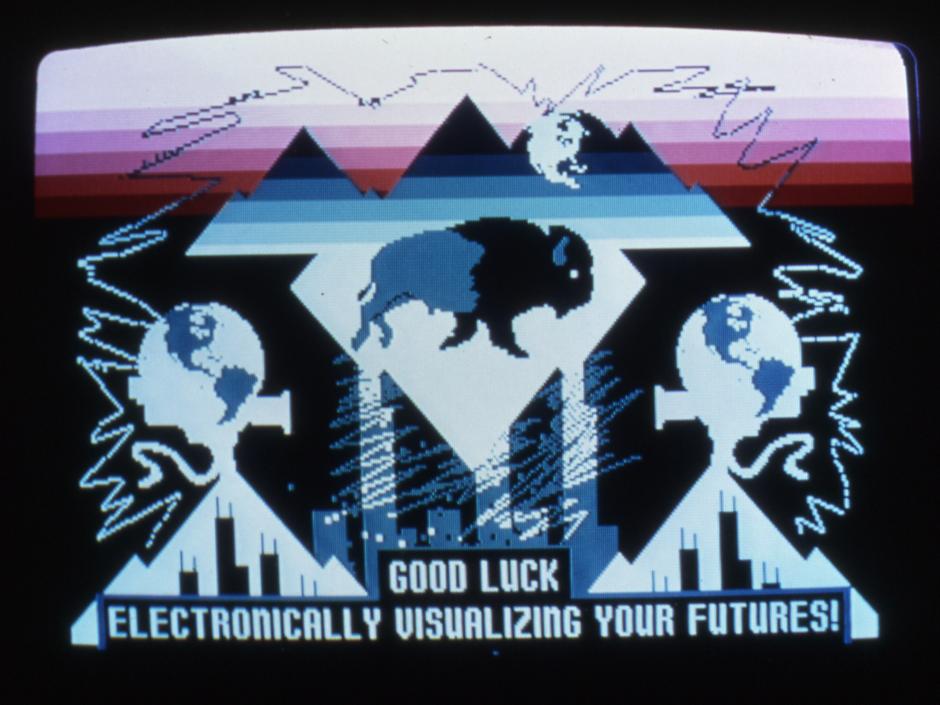 Jane Veeder, still from 'Montana,' 1983, 3 min. colour video with sound. 'Montana' is one of the earliest examples of video art that experimented with computer graphics. The work digitally translates artist Jane Veeder's move from living in the mountain west, as well as marking the transition of her work into the digital realm - hence, "good luck electronically visualizing your futures!"

The Greek myth of Orpheus tells of a downfall through the simple act of looking. Orpheus, after prematurely losing his love, Eurydice, travels to the underworld to request her return. Hades and Persephone grant Orpheus permission to restore Eurydice, on one condition: that he not turn to look back at her on his journey out of the underworld. It is the eventual gaze of Orpheus that leads Eurydice to die a second death. The capacity for the ocular to be fatal is an important thread throughout mythology and art history, and the misfortune of Orpheus provides a particularly apt metaphor for the contemporary quandary of video art in the archive.

When retrieved from the depths of annals, video art from the late twentieth-century often exists on formats that make viewing them tantamount to their erosion. The majority of video works in the Walter Phillips Gallery collection exist as U-matic cassettes. This analog recording and playback format, standardized in the nineteen-seventies as a precursor to VHS, relies on magnetic signal recording to transmit an image to the screen. As the tape is played over time, the binder that adheres iron oxide particles to the polyester base video tape dries out and breaks down. With every viewing comes a second death, but as with the tale of Eurydice and Orpheus, there can be fluidity between the living and the dead.

Living Dead is an exhibition that explores our collective anxiety about the death or failure of technology within our daily lives, as well as within art institutions, where collections preservation is prioritized.  Video works from the Walter Phillips Gallery Permanent Collection by Max Almy, Ant Farm, Mona Hatoum, General Idea, and Jane Veeder return for display, some for the first time in thirty years. Planned obsolescence within product design often encourages us to feel uncomfortable with technology that has aged. This, coupled with the increased invisibility of the operational structures within the technology we use, teaches us to disavow the broken, the slow, the noisy, and the tired. But breakage in technology can become an alternative space for interaction, a pathway outside of planned systems. Played on their original formats with accompanying machines and apparatus, the viewer is invited to consider how deceleration might expose the geological properties of video and whether this alters our understanding of its death.

We often consider video a human-made discovery, a notch in the belt of modernity and a descendent of the moving image. But the earth is inherently technological and earthly structures abound in video.  Magnetic oxides from iron lay hidden within the shiny black reels of video cassettes, and play-back machines are a trove of mineral deposits layered with aluminum, lead, gold and copper. Minerals and metals are not the only geological aspects of technology; insect bedfellows of the earth also influence the structures of our media. The communication between ants within a colony has provided algorithms for computational problem-solving, while the ability for worms to break down matter has guided our perception of technological viruses and the upheaval of a system from within. Thinking about analogue video through its geological properties can expand our conception of both its formation and dissolution. This selection of video showcases artists that worked with an awareness of both the volatility of the material that they were using, as well as the permanence with which it would shift viewing experiences within exhibition settings. In recognition of these approaches, Living Dead offers a space in which to continue challenging our expectations of video and technology.

Due to the fragility of the U-matic video tapes, this exhibition will be open limited hours. Please join us in the Walter Phillips Gallery Satellite Space on Monday - Friday from 4:30 - 5:30 p.m. to view Living Dead. Please note that the exhibition will be closed from December 21, 2018 - January 2, 2019. Walter Phillips Gallery would like to thank Dansha Farms and Jason Steppler for the two aluminum casts of ant hill interiors that are included in the exhibition.

April Thompson has a background in curating and is passionate about developing critical platforms for discussion. For the past five years she has been involved with numerous non-profit organizations in Vancouver, including Access Gallery, The Jewish Museum & Archives of BC, and the Contemporary Art Gallery. She has contributed writing regularly to Canadian Art Online and SADMag: an independent Vancouver publication for arts and culture. Thompson earned her undergraduate degree with Honours in Art History and Curatorial Studies at the Australian National University (2012) and her Masters in Critical Curatorial Studies, University of British Columbia, Vancouver (2016). She has recently joined Cineworks Independent Filmmakers Society in Vancouver as Executive Director, and looks forward to engaging with Canadian and International media artists and filmmakers through experiments in self-organization and interdisciplinary collaboration. 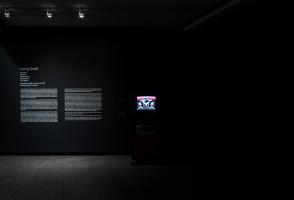 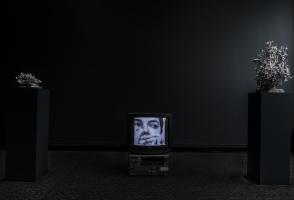 Installation view: Mona Hatoum, So Much I Want to Say (1983). Walter Phillips Gallery, Banff Centre for Arts and Creativity. Photo by: Nahanni McKay 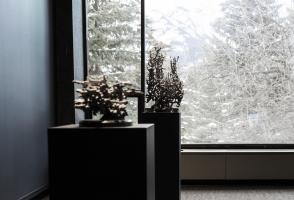 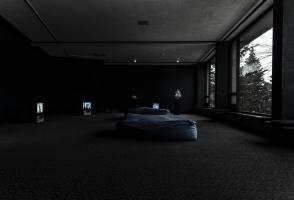 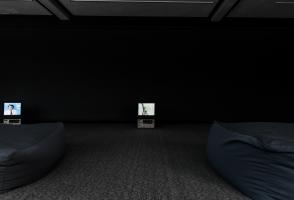 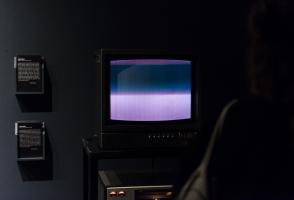