Sarah Pierce with The Conceptual Art Club and Josef Svoboda 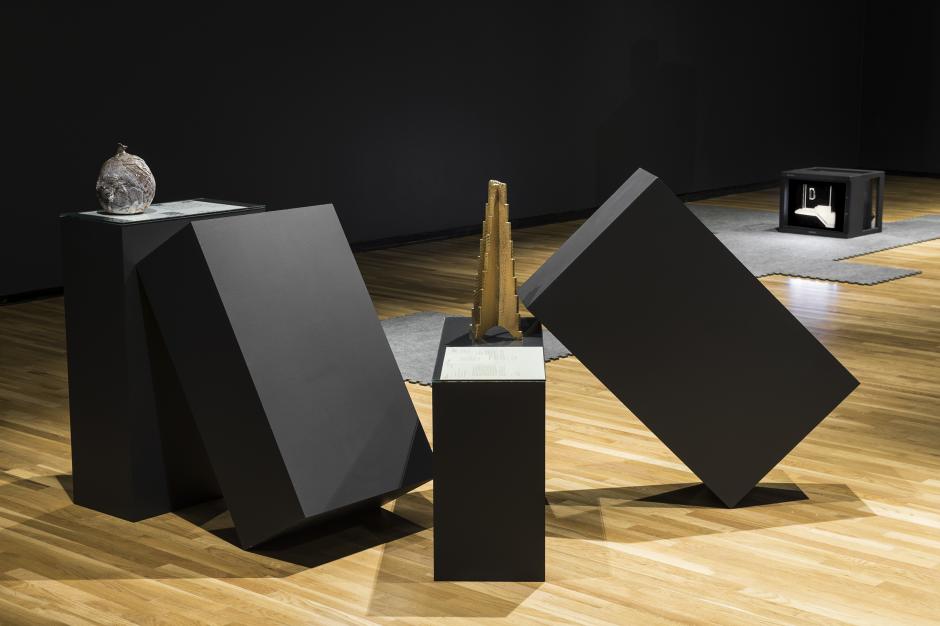 Since 2003, Dublin-based Sarah Pierce has used the term "The Metropolitan Complex" to describe her ongoing project as an artist. Despite its institutional resonance, this title does not signify an organization. Instead, it demonstrates Pierce's broad understanding of cultural work, articulated through working methods that often open up the personal and the incidental. The processes of research and presentation that Pierce undertakes highlight a continual renegotiation of the terms for making art: the potential for dissent and self-determination, the slippages between individual work and institution, and the proximity of past artworks.

In Lost Illusions / Illusions perdues, Pierce investigates historical materials from the Visual Arts department as well as the Paul D. Fleck Library and Archives at Banff Centre. Featured within the exhibition are digitized stop-motion films of stage maquettes produced by the renowned Czechoslovakian scenographer Josef Svoboda, who was an instructor and set designer at Banff Centre in the 1970s. The purpose and origin of these 16mm films remains unclear. They are not directly related to Svoboda's work in Banff and their recent discovery in storage was a surprise to both the staff of the Archives and the Theatre department.

Pierce also calls on the tradition of Bertolt Brecht's learning-plays, described as plays without an audience. In collaboration with Pierce, members of the Alberta College of Art and Design's Conceptual Art Club were asked to consider their roles as art students in the making of an artwork. Documentation of this workshop is shown in a four-channel video on monitors in the gallery. Unannounced live performances, originating from this workshop, spontaneously took place in brief episodes throughout the opening reception of the exhibition.

The documents displayed speak to an incident of vandalism on campus in 1989. A photographic work in Banff Centre's Collection She will ride her skirt… (1987) by Canadian artist Mark Lewis, was removed and hidden by a group of women in reaction to the perceived pornographic content of the images. At the center of this outspoken correspondence is a public response written by Lewis. By presenting this letter, Pierce asks the audience to consider broader relationships between the individual and the group, speaking and acting, and the ethics of community that drive episodes of protest.

The environment of the Walter Phillips Gallery's previous exhibition Piano Destructions plays a major role in Lost Illusions / Illusions perdues, as the previous configuration of walls has been severed and lowered to the floor. Several other pieces of exhibition design and furniture from the previous year of programming have also been reclaimed by Pierce to support the network of objects and activities she has arranged. Ceramic pieces seen throughout were selected by Pierce from an unofficial collection of works left behind by artists-in-residence over the past three decades. While efforts have been made to catalogue and identify the makers of these works, the provenance of some remains unknown. Through their inclusion here they reclaim agency as individual works. With these gestures, Pierce points to the economy and speed of making as well as the institutional amnesia of recent artworks and scenarios just past.

Lost Illusions / Illusions perdues is the first in a trilogy of exhibitions by Sarah Pierce in Canada. Chapters of this body of work were later exhibited in 2014 at Mercer Union, Toronto and SBC Gallery, Montreal. This work was created with the support of a Paul D Fleck Fellowship residency at Banff Centre.

Walter Phillips Gallery gratefully acknowledges the support of the Canada Council for the Arts, the Alberta Foundation for the Arts, and Culture Ireland. 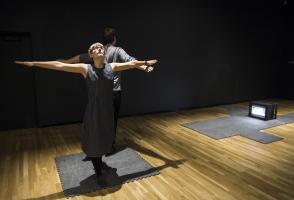 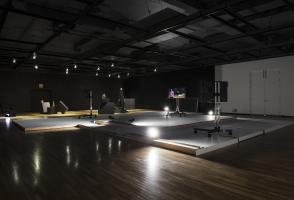 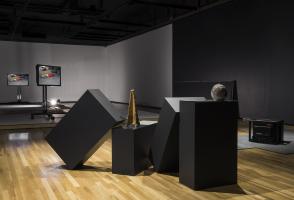 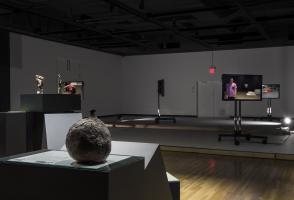 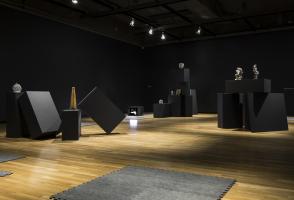 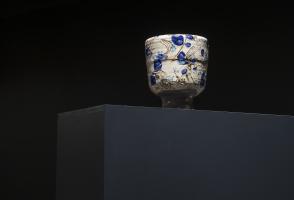