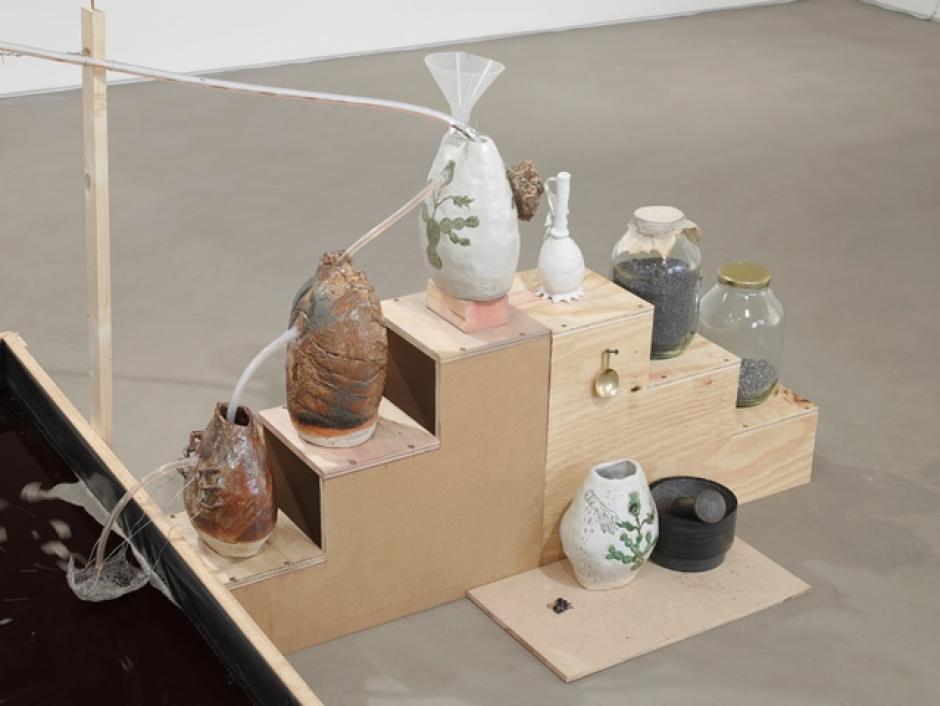 A materialist history of contagion by Candice Lin traces the material history of colours and their global circulation as exotic commodities entwined with the legacies of plantation economies and colonial expansion. Reflecting on how culturally-rooted notions of purity and contamination animate the historic trade and valuation of goods prized for their colour, Lin’s research delves into these materials’ connection to the latter developments of nineteenth-century Asian contract labour, agribusiness, and the use of bone charcoal in refining sugar.

Lin’s first exhibition in Western Canada brings together a number of recent sculptural works with the video, La Charada China (2018). The work was primarily filmed in the Dominican Republic, where Asian contract labourers, derogatorily termed ‘coolies’, worked in the mid-nineteenth century in tobacco and sugar plantations for subsistence wages. Brought to the Caribbean to supplement the industries’ reliance on slavery as it was becoming abolished, the video speaks to these workers' presence as a global labour force whose migration paralleled the intercontinental circulation of the agriproducts they produced. The video also extends into conversations around the racialization of colour as it relates to these commodities; describing how the process of sugar refinement was intended to visually whiten and thus ‘improve’ the good.

In System for a Stain (2016), the fraught understanding of bodies as literal commodities within a colonial worldview expands into an interspecial framework. A deep red liquid is pumped through the sculptural elements of the work, its colour derived from the cochineal insect that lives on prickly pear cacti in areas of Mexico and the southern United States. This dye, produced by grinding the bodies of cochineal into a red paste, was exported to Europe by the Spanish beginning in the sixteenth century, where it held particular value as a commodity prior to the invention of synthetic dyes. [1] Enriching the Spanish state, local harvesters and producers of the export were paid a fraction of its selling price in Europe where it was used for textiles and as a rareified pigment in paint. [2] Combined with other prized commodities from the period such as sugar and tea, the liquid pumps through a porcelain filtration system and sculptural vessels painted with images of the cacti and sprouting insect-like limbs. In a darkly humorous reference to reduced understandings of the cochineals’ bodies as containers for pigment, the vessels are punctured by plastic tubing which moves the liquid through the ceramics until its eventual expulsion onto a white marble floor, creating an actively-blooming stain.

The representations of bodies in the articulation of these histories slip between figuration and abstraction; a changeability that echoes the fugitive presence of knowledge made materially tangible in Lin’s works. The slow erosion of a hard white body (Chinese water torture) (2018) centres on the trade commodity and fine art material of porcelain, originally solely a product of China. One hundred pounds of the unfired clay has been formed into an abstracted mound containing the traces of Lin’s handling and fingerprints, and placed on a wooden structure based on a nineteenth-century torture device. Dried poppies, in reference to the Opium Wars between Britain and China in the mid-nineteenth century, along with tobacco and sugar, steep and percolate in boiling water on a nearby table. All three plants were involved in the trade for porcelain, silk and tea. The resulting liquid is pumped through a series of tubes to drip onto the surface of the porcelain, which degrades and eventually fractures before falling to the floor. Undoing the stability of a material prized in racialized terms for its durability and whiteness, the porcelain’s transformation also corrodes the persistence of this type of Western thought.

Refined by Fire (2018) deepens reflections on the working conditions of Chinese labourers in the Caribbean and the commodity trade their work supported. Entering the interior of a stand-alone room, a burnt scent emanates from a ceramic skull placed on a charred pedestal. Graphic black and white imagery on the surrounding walls depict sugar processing via the use of bone charcoal as a decolourizing agent, and charred sugar field plantations in Haiti. These scenes share a history of violence when considered in relation to the high rates of suicide among Chinese contract workers described in La Charada China, which notes the use of workers’ bones in the sugar refining process. Manifesting this history of colour in material form, the work employs black paint containing bone char, a common pigment known as bone or ivory black. The work also includes imagery of the 1893 World’s Columbian Exposition, which took place in Chicago and was burned by arsonists the year following its closure. In an echo of materialist histories across the works in the exhibition, the Fair marked the first use of porcelain in the United States as a water filtration device. Commemorating the four hundredth anniversary of the arrival of Christopher Columbus in the Americas, this imagery of the Exposition is a further link in disparate but interconnected histories which took shape as part of the enduring legacy of violence following Columbus’ arrival.

A fluid movement between temporalities and references in Lin’s research is echoed in the literal circulation of traded commodities in liquid form. Refusing fixicity, the works reflect an active fermenting, boiling, and spilling of multiple histories of colonialism. What was once pigment becomes a stain; by definition unwanted, it is an abstract representation of the uncontainable excesses of its production.

Candice Lin is an interdisciplinary artist who works with installation, drawing, video, and living materials and processes, such as mold, mushrooms, bacteria, fermentation, and stains. She received her MFA in New Genres at the San Francisco Art Institute in 2004 and her double BA in Visual Arts and Art Semiotics at Brown University in 2001. Her recent solo exhibitions include the exhibition cycle A Hard White Body at Bétonsalon, Paris; Portikus, Frankfurt; and the Logan Center for the Arts, University of Chicago, as well as solo exhibitions at Gasworks, London; 18th Street Art Center, Los Angeles; and Human Resources, Los Angeles. Her work has also appeared in numerous group shows around the world including Rockbund Art Museum, Shanghai; Para Site, Hong Kong; ICA London; Walker Art Center, Minneapolis; and New Museum, New York. Lin has been included in prominent biennials including the 2018 Taipei Biennale; the 2018 Athens Biennale; Made in L.A. 2018, Hammer Museum, Los Angeles; and the Sharjah Biennial 2017, Beirut. She is the recipient of several residencies, grants and fellowships, including the Louis Comfort Tiffany Award (2017), the Davidoff Art Residency (2018) and Smithsonian Artist Research Fellowship (2009). In 2018 she was appointed to the faculty of the University of California Los Angeles Department of Art. 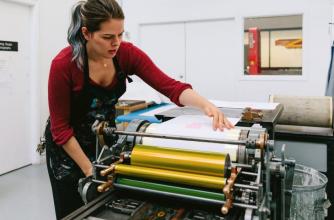 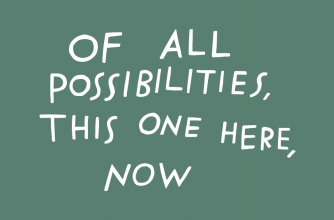