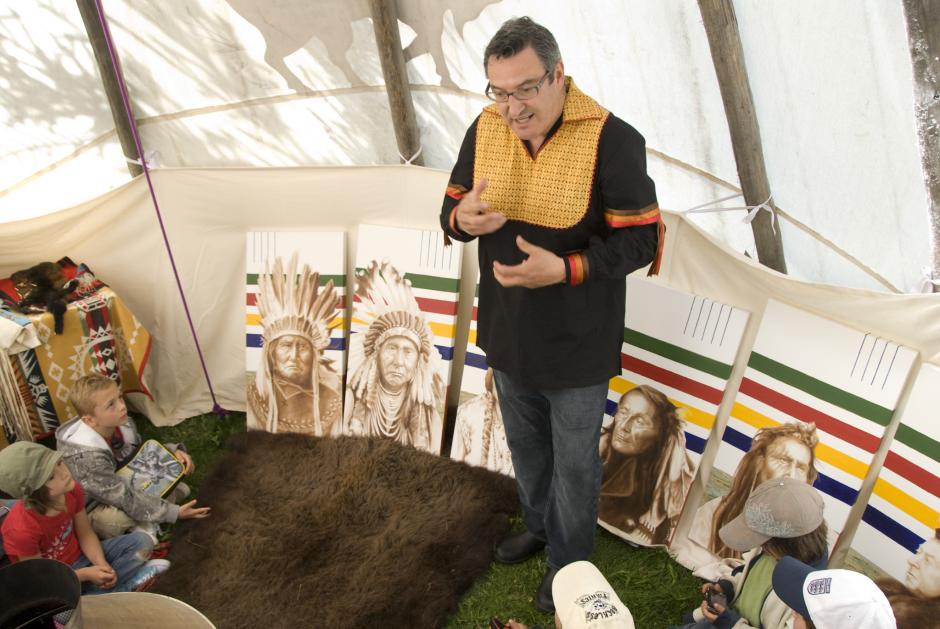 Originally published in the Globe and Mail

Ask your average Canadian their impression, right now, of this country’s indigenous people and their hopes for prosperity, stability and success in their communities. In all likelihood, you will hear about a story they read recently involving an aboriginal community’s struggle with housing, education, youth motivation or even a rising rate of suicide.

What you probably won’t hear is an answer that demonstrates even a basic knowledge of Canada’s indigenous people’s involvement in the economic growth of this country; the initiatives they have under way for preparing the large numbers of indigenous youth poised to enter Canada’s labour force; or even the names of two or three aboriginal organizations achieving remarkable success with their enterprises.

Here at Banff Centre, we have investigated just what makes an aboriginal community successful. “What are the wise practices that lead to success?” we asked as we set out with a team of applied researchers, shadowed by a video crew and a group of highly engaged and eager aboriginal youth, to visit enterprises operated by four indigenous communities in Alberta. The resulting case studies, the details of which are now available to any and all interested in learning from them, were developed from research and conversations with the Mikisew Group of Companies, Métis Crossing, the Alberta Indian Investment Corp. (AIIC) and Blackfoot Crossing Historical Park.

Rocky Sinclair, a principal with the AIIC, headquartered just outside Edmonton, was one of the representatives from the research communities presenting at an international symposium that convened at Banff Centre last month.

Mr. Sinclair shared the struggles and triumphs that the AIIC has encountered since its formation in 1987, as well as its numerical and personal markers of success. This “developmental” lender has provided more than 800 loans worth some $53-million to Alberta’s aboriginal start-up businesses. Even more powerful: “We’re seeing generational success – we’re lending to the kids of people we loaned to 20 years ago,” Mr. Sinclair said.

The success stories depicted in these case studies – along with the positive, energetic and thoughtful dialogue of the symposium speakers and delegates from Canada, the United States, Australia and New Zealand – form a collective wisdom that we believe can and will help other indigenous leaders in shaping their communities’ futures.

The topic of youth and their involvement in the future success of aboriginal communities in Canada was never far from the top of the agenda at the symposium, with many speakers making note of the astounding potential for aboriginal youth to shape their communities and the country’s economic future. Canada cannot ignore the fact that more than 600,000 aboriginal youth will have entered the labour market between 2001 and 2026.

Roberta Jamieson, president and CEO of Indspire (formerly the National Aboriginal Achievement Foundation), spoke about the creation and support of a positive future for aboriginal youth throughout her keynote speech at the symposium.

“Canada cannot afford to squander the opportunity,” she said, adding that it will take more than political will to advance the prospects of aboriginal youth. “This is not a game to watch from the sidelines … If it’s going to impact Indian people, Indian people have to lead it.”

Another case study involves the Mikisew Group of Companies based in Fort Chipewyan, Alta., owned by the Mikisew First Nation. This highly diversified enterprise – with a hand in everything from sport fishing to energy services and transportation – not only seeks opportunities within the booming oil sands, but also trains and supports Fort Chipewyan youth as they seek careers that will keep them close to home and contributing to their community.

Applied research into the wise practices of Canada’s indigenous people is a long-term goal for us here at the Peter Lougheed Leadership Institute. It has demonstrated many examples of the positive, successful, extremely resilient and determined enterprises that exist today. It is our hope that these positive examples – and the wise practices we have begun to share – will not only inspire and educate our young indigenous population, but move them to believe they too can achieve great things.

Brian Calliou is a Cree and member of the Sucker Creek First Nation in the Treaty 8 area of north central Alberta.  Calliou is program director for  Indigenous leadership and management programs at Banff Centre’s Peter Lougheed Leadership Institute. He holds a Bachelor of Arts in political science, a Bachelor of Laws, and a Master of Laws from the University of Alberta. He has published works in various academic journals and books such as "The Culture of Leadership: North American Indigenous Leadership in a Changing Economy" in Indigenous Peoples and the Modern State, and co-authored "Aboriginal Economic Development and the Struggle for Self-Government" in Power and Resistance: Critical Thinking about Canadian Issues. Calliou’s research interests include Aboriginal leadership, self-government, economic development, Aboriginal and treaty rights, and legal history.