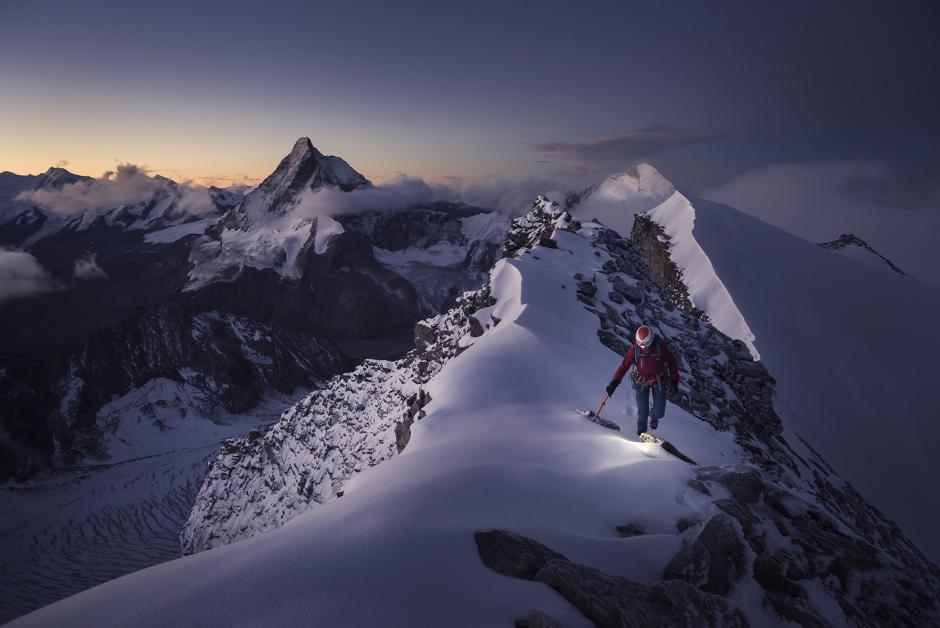 The annual Banff Centre Mountain Film and Book Festival signature image represents the best in mountain adventure photography from around the world. Each year we put out the call to photographers and receive a diverse range of mountain and adventure images. One image is then selected to represent the Festival in Banff and around the world in over 40 countries on the World Tour, and is featured in our poster and marketing materials. Some of our favourite images this year that we were drawn to featured alpine hut and base camp life, mountain biking with epic landscapes, rock and ice climbing, and more.

We are pleased to announce that the 44th annual Festival and World Tour will be represented by Ben Tibbetts’ image of Valentine Fabre on the south ridge of the Dent Blanche in Switzerland.

Ben Tibbett’s name may sound familiar to many of you, as one of his images was also selected to represent the 43rd annual Festival and World Tour. This is the first time we have chosen work from the same photographer two years in a row.

Our Festival team couldn’t resist this image, as it brings great energy and the spirit of adventure in the mountains – combined with its stunning and atmospheric alpenglow light.

Ben says this particular image was taken about 40 minutes before sunrise on the Dent Blanche (4,357 metres). He and his partner Valentine Fabre had stayed in an alpine hut the evening prior to embark on their climb.

“When we got up at 4 a.m., the hut was smothered in cloud. The wind had eased a little, but the temperature was more arctic than alpine. We put on crampons on the terrace and clattered out into the night,” says Ben. He adds, “By the light of our head torches the cloud appeared dense, and after 30 metres we could no longer see the hut. As we tied into the rope, the sky suddenly blew clear of clouds, and we could see across the beautiful moonlit landscape from Monte Rosa to the Matterhorn.”

As he and Valentine continued on their climb, says Ben “Three Swiss guides charged past, dragging their clients at an astounding pace. We were more than happy to have them ahead breaking trail, for the windblown snow was lying up to 50 centimetres deep.” He adds, “I was able to capture this photo of Valentine as she made her way up the ridge towards the first difficult tower, well before the first glimmers of golden light hit the top of the Matterhorn across the valley.”

Ben is an adventure photographer, filmmaker (his film A Line in the Snow – Greece was screened at the 2017 Festival in Banff), artist, and IFMGA mountain guide based in Chamonix who says he likes to work in “remote and cold” environments. He studied Fine Art at the University of Edinburgh and the Geneva School of Art and Design – and has been able to combine his love of art and photography with his passion for adventure in mountainous environments.

He has spent nearly two years working as a mountain guide in the Antarctic and over four months in Greenland.  In Europe he is usually preoccupied with climbing long Alpine routes of all different styles and difficulty or looking for interesting lines to ski. He is also an accomplished ski mountaineer, having made in a single push, a 31-hour traverse of the Haute Route, placed third in the Patrouille des Glaciers (Z1-2014), competed in the World Championships and many other ultra-marathon ski events, as well as a handful of steep first ski descents including “Veine de Pierre” and “Fou de Fouly” in the Mont Blanc Massif.  In 2018 he became the second British person to climb all 82 of the 4,000 metre peaks in the Alps.

His focus over the last five years has been his most epic project to date: a large format photography guidebook about the finest routes on all of the 4,000 metre peaks of the Alps. After compiling 300,000 photos and spending over 300 days out on peaks – over half with Valentine – Alpenglow will be published in June 2019, where you can read more about the Dent Blanche climb.

For more information on Ben Tibbetts and his work visit www.bentibbetts.com

Find out more about the Signature Image selection process and guidelines.
Also check out the Banff Mountain Photo Essay Competition

I was able to capture this photo of Valentine as she made her way up the ridge towards the first difficult tower, well before the first glimmers of golden light hit the top of the Matterhorn across the valley. 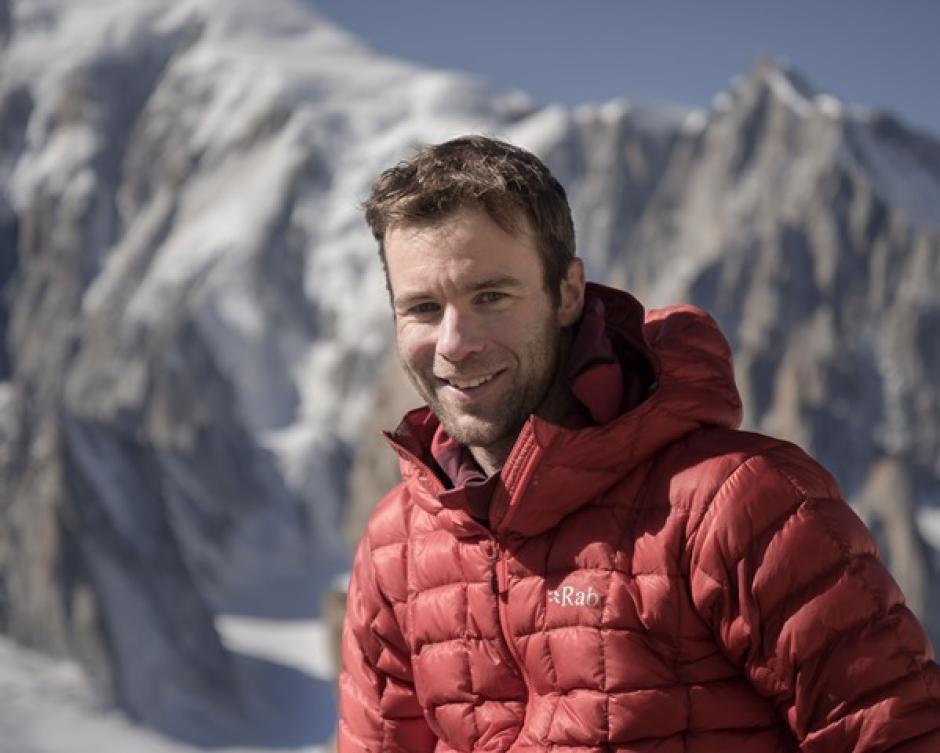