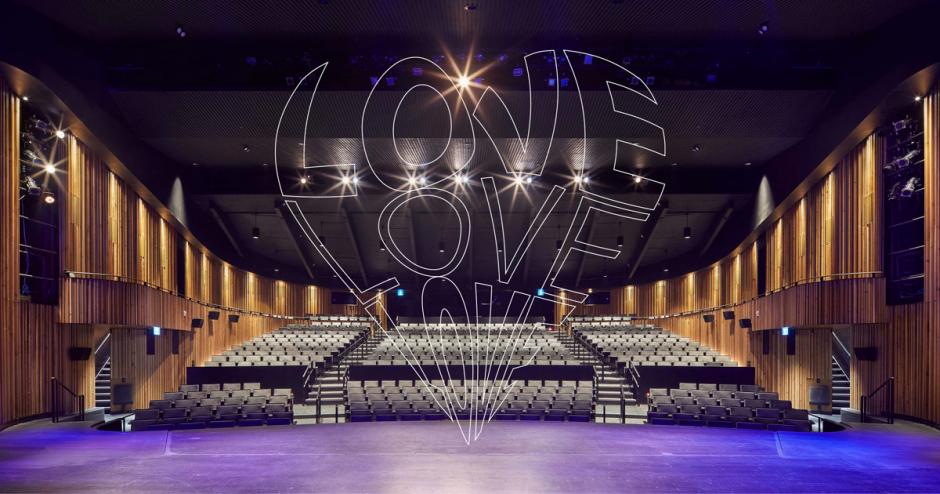 Please note that St. Julien Road is currently closed to all public access due to construction. Access is available via Ken Madsen path, Buffalo Street and Tunnel Mountain Drive.

More details can be found here.

You are invited to an unforgettable evening featuring intimate world-class performances in celebration of the new theatre and the hundreds of talented artists and patrons who will benefit from the revitalization. Join us to mark this momentous occasion!

Box Office: Tickets by Phone For those unable to purchase tickets online, a limited number of agents from the Box Office can assist you by phone during the times listed below. For inquiries outside these hours, please leave a contact number with a voicemail message, and the team will follow up with  you at their earliest opportunity.

The revitalization of Banff Centre’s largest theatre and new design by KPMB Architects was made possible through the generosity of Jenny Belzberg and Family.

Banff Centre applauds the following who made this event possible:

Pianist Jon Kimura Parker is known for his charisma, infectious enthusiasm, and dynamic performances. A veteran of the international concert stage, he has performed regularly in the Berlin Philharmonie, Carnegie Hall, London’s South Bank, the Sydney Opera House, and the Beijing Concert Hall. He was recently named Creative Partner for the Minnesota Orchestra’s Summer at Orchestra Hall, serves as the Artistic Director for the Honens International Piano Competition and Artistic Advisor for the Orcas Island Chamber Music Festival, and is on the faculty of the Shepherd School of Music at Rice University. 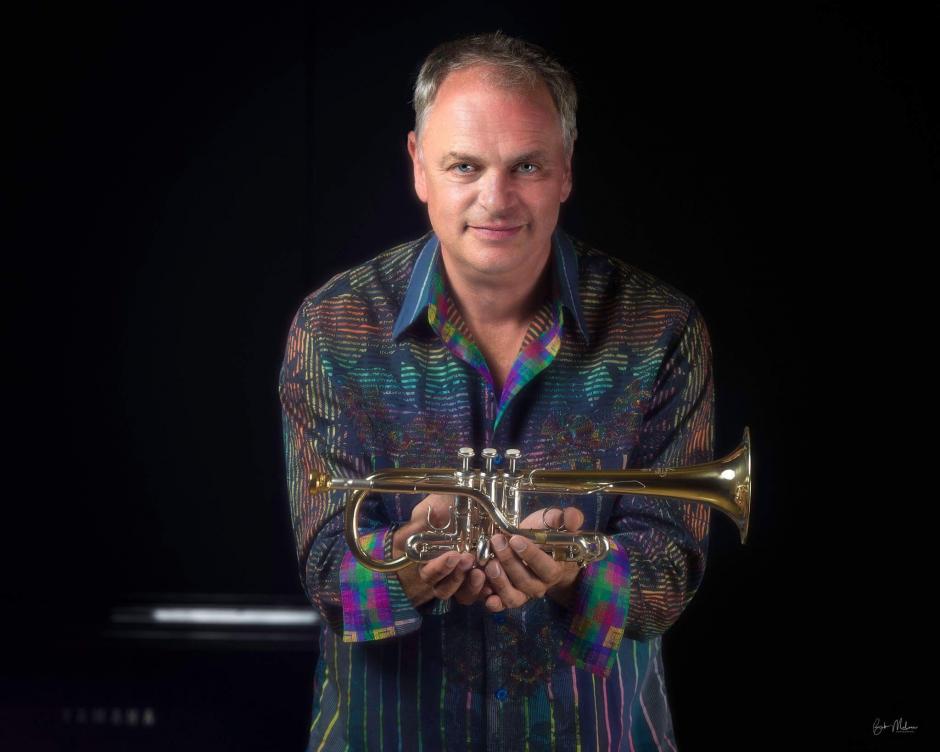 Jens Lindemann is the first classical brass player to ever receive the Order of Canada and the foremost trumpet soloist in his country’s history. Celebrated for his beauty of tone and virtuosity, Lindemann’s career has ranged from being a multiple Juno and Grammy Award nominee in numerous musical styles to being a viral video sensation as the “snowstorm trumpeter”.

Equally at home playing Carnegie Hall, Madison Square Garden, or the closing ceremonies of the Olympics, Lindemann has a unique connection to audiences in all venues and places.

The recipient of major awards from Prague and Munich and three honorary degrees, Lindemann is also the only trumpeter to win the Grand Prize in the 60-year history of the Canadian Music Competition. 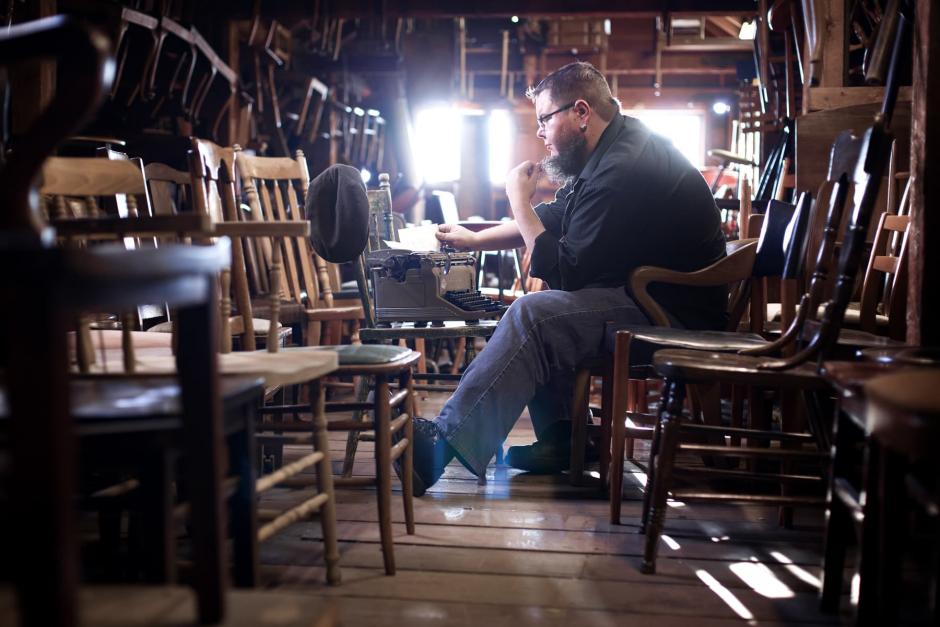 Shane Koyczan is an award-winning spoken word poet and author born in the Northwest Territories (NWT). He uses personal narrative to explore themes of social justice, mental health, and love.

His anti-bullying poem, “To This Day” has garnered 24 million views online and is used worldwide in classrooms as a teaching tool, as well in speech and forensic competitions.

Koyczan has collaborated with artists such as Ani DiFranco, Dan Mangan, Tanya Tagaq, and others; elevating spoken word from its humble beginnings in after-hour cafes to stages both grand and distant. His voice has been sought after by luminaries like George Miller, who worked with Koyczan on Mad Max: Fury Road. Koyczan also created the piece, Shoulders, which he toured with David Suzuki as part of The Blue Dot Tour, a movement to enshrine environmental rights in the constitution. His second book, Stickboy, was adapted into an opera by Vancouver Opera.

A self-motivating machine, Koyczan recently released a new collection of poems called
The Basement In My Attic, and worked with Theytus Books to publish Inconvenient
Skin, a journey into Canada’s own troubled history with residential schools and the
treatment of Indigenous people. He received a BC Civil Liberties Award for the Arts in recognition of his social justice work.

Koyczan is an alumnus of Banff Centre’s Spoken Word program. 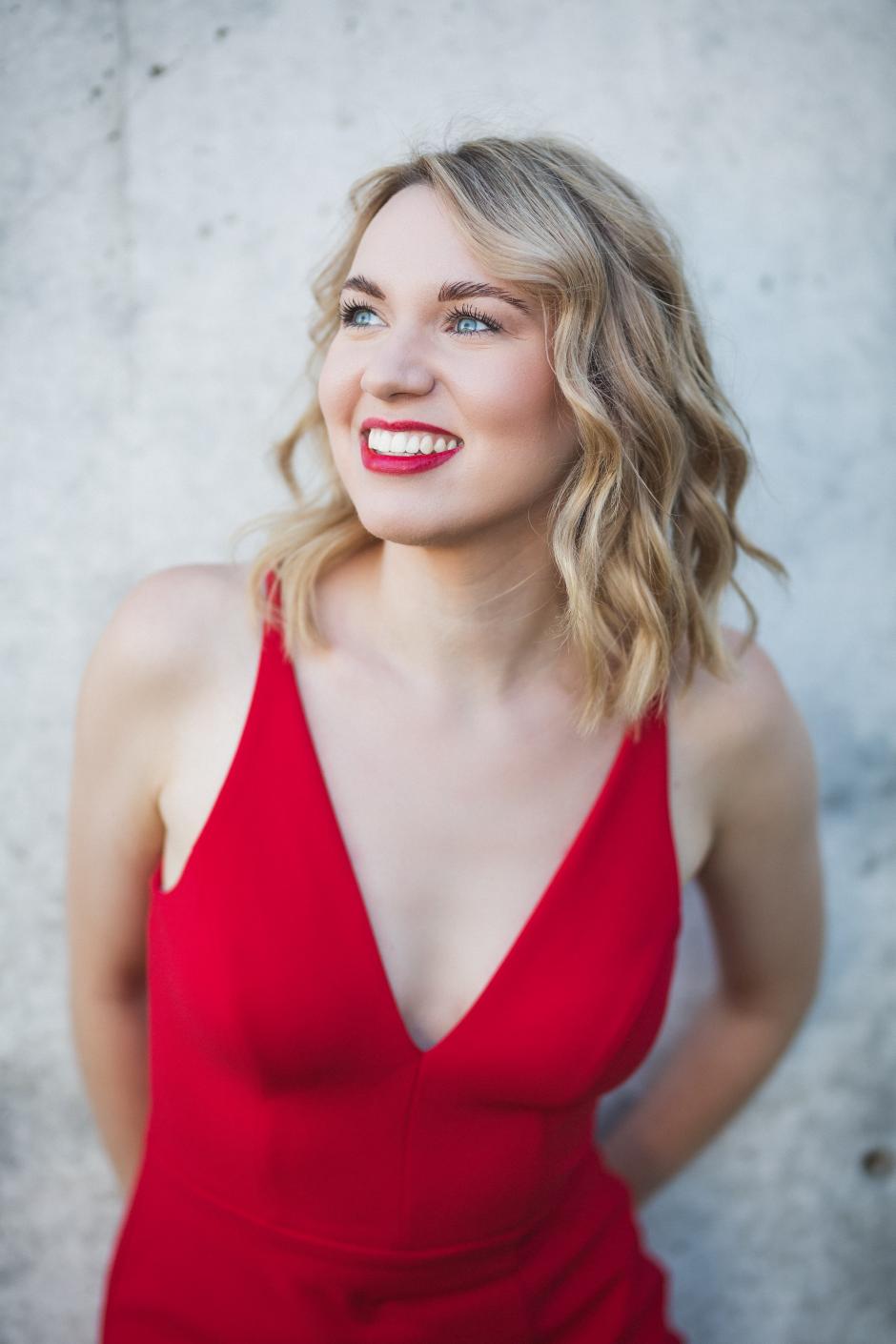 Described as a "rising star to watch" (Opera Canada), soprano Sydney Baedke was recently named one of Canada’s top emerging musicians under 30 by the CBC (2021). Sydney made her professional debut in 2019 as La Fortuna & Valletto in Tim Albery’s acclaimed production of Monteverdi’s The Coronation of Poppea at Opera Theatre of Saint Louis. Recent engagements include starring in Brott Opera’s 2021 digital production of Estacio’s Filumena, concert appearances with Jeunes Ambassadeurs Lyriques, and covering Tatyana in Eugene Onegin at Santa Fe Opera. Baedke is an alumna of Banff Centre’s Opera in the 21st Century program (2021). 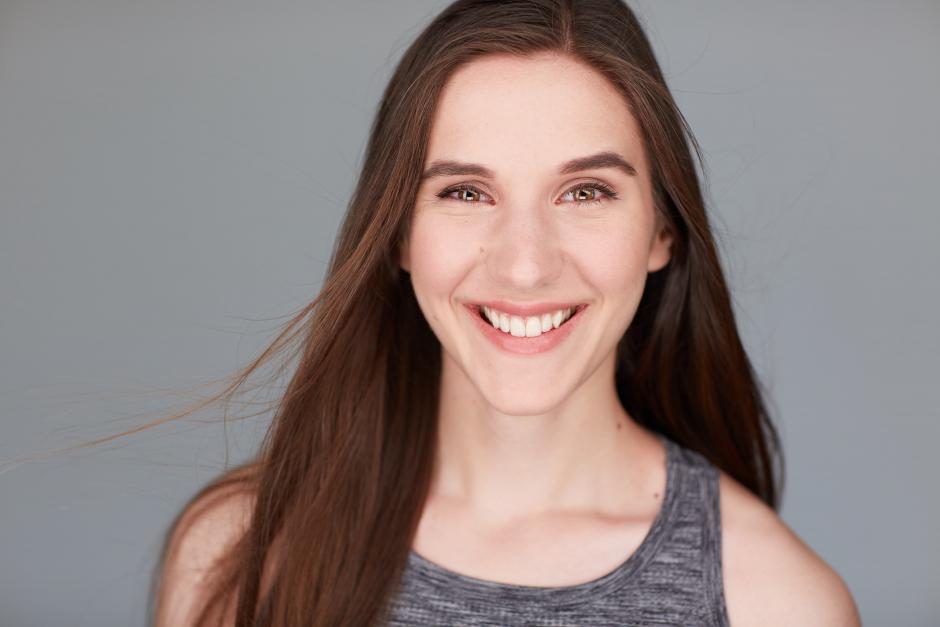 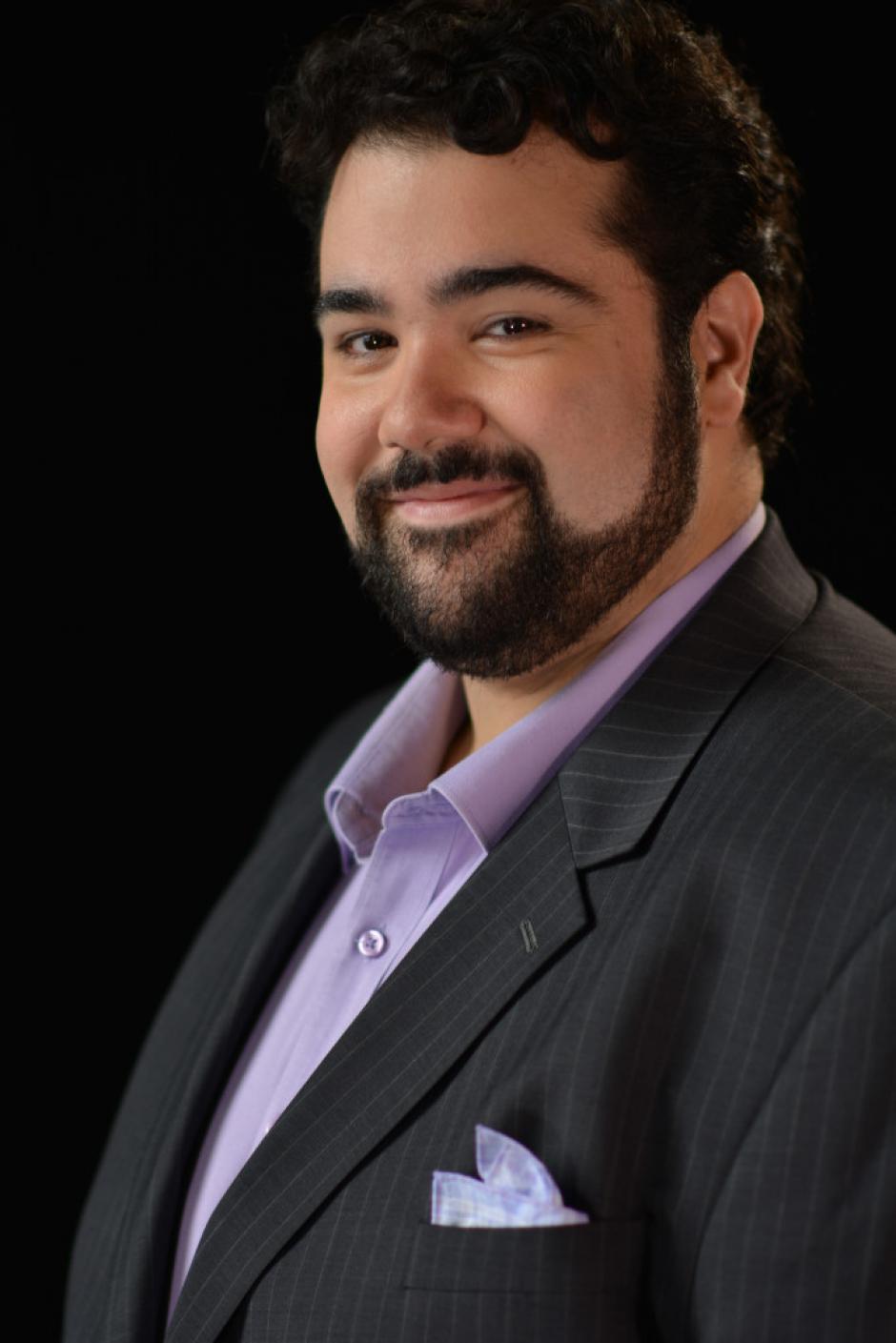 Canadian tenor Andrew Haji has become one of the most sought-after voices on both operatic and concert stages. Winner of the Grand Prix at the 50th International Vocal Competition in ‘s-Hertogenbosch and the Montreal International Music Competition’s Oratorio Prize, Haji recently debuted with Calgary Opera in Norma and performed Beethoven’s Choral Fantasy with the Orchestra of St. Luke’s at Carnegie Hall. Haji’s upcoming and recent engagements include the Canadian Opera Company’s digital productions of Puccini’s Gianni Schicchi and Mozart’s Requiem, Handel’s Messiah (National Arts Centre, Houston Symphony), and La Bohème with Edmonton Opera. 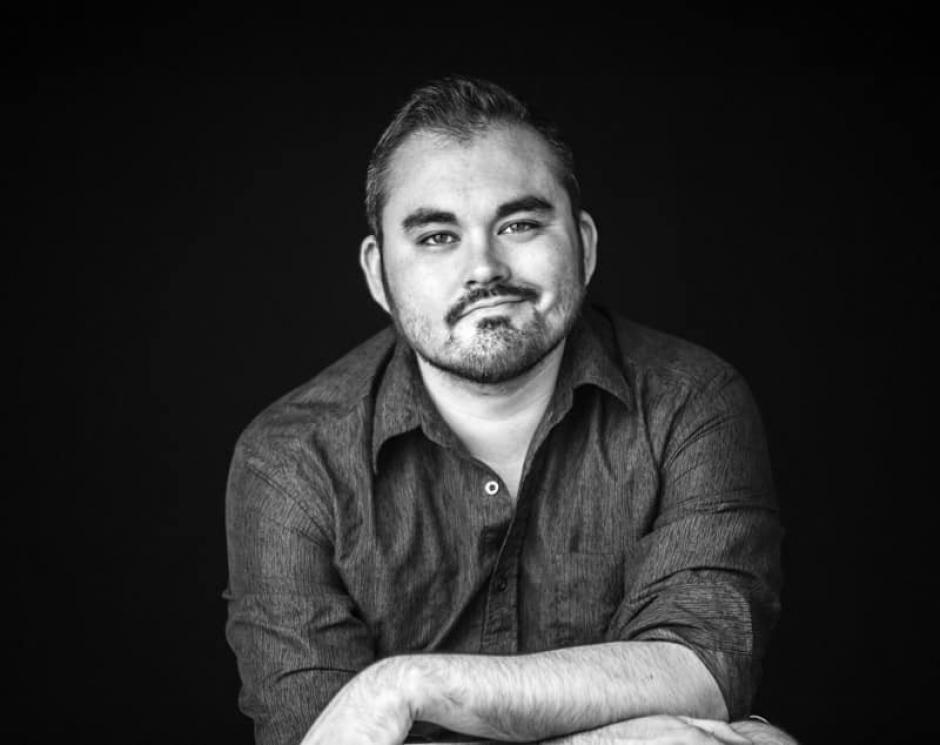 Evan Korbut is a Toronto-based, Anishinaabe performer. Most recently, he was heard as Owl in the premiere of Vancouver Opera and Pacific Opera Victoria’s production of Flight of the Hummingbird by Maxime Goulet, and with Edmonton Opera’s Wild Rose Project, premiering Cusson’s Indians on Vacation. Korbut is a Dora Mavor Moore Award winner as Simms/Spirit Chorus in Burry’s Shanawdithit, produced by Tapestry Opera and Opera on the Avalon. The Stuart Hamilton Memorial Award Winner starred as Jamie Paul in the World Premiere of The Ecstasy of Rita Joe for VOICEBOX: Opera in Concert, followed by the Canadian Premiere of Schubert’s Fierabras for the same company. 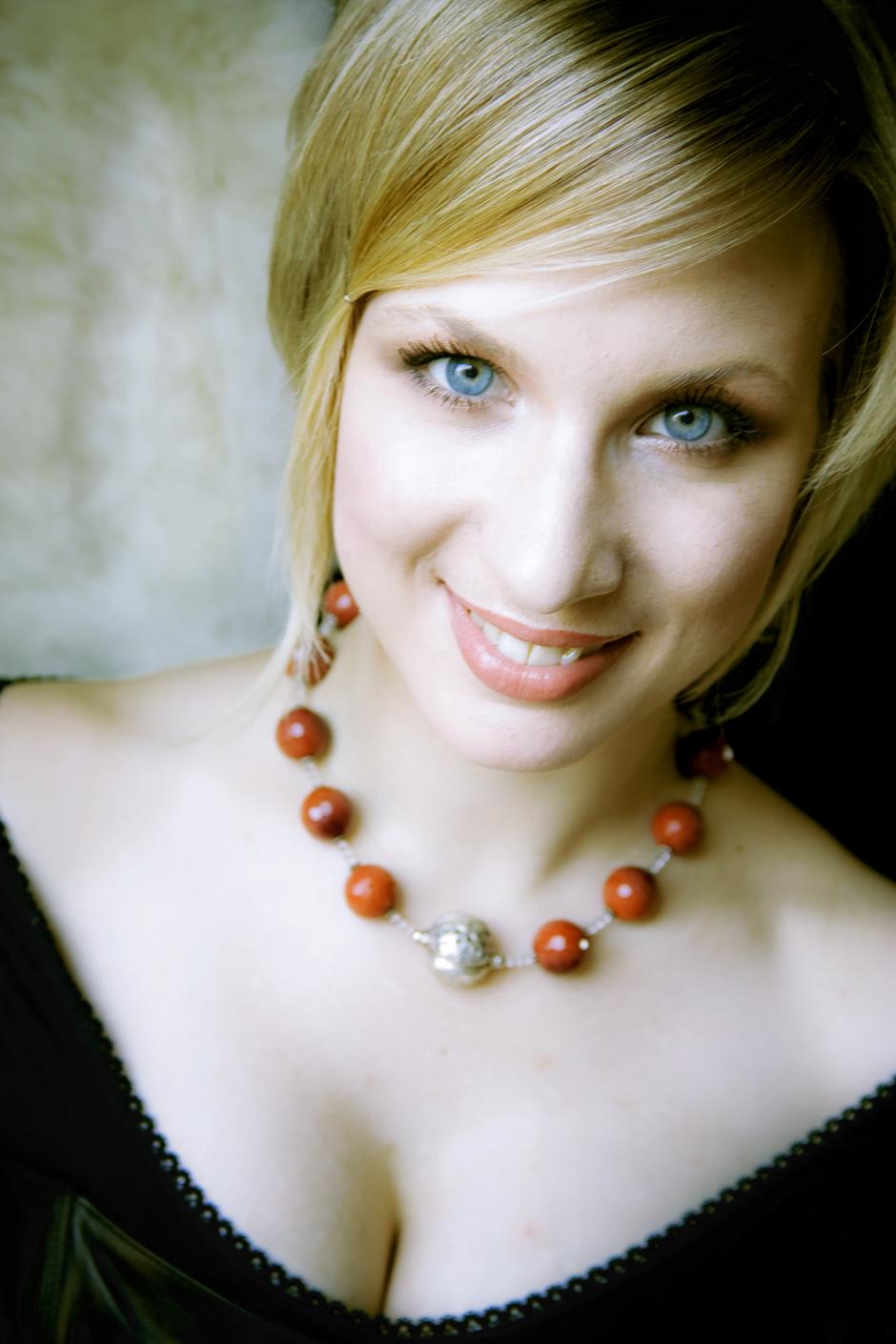 Hailed as a “tour-de-force…” (Winnipeg Free Press), Lara Ciekiewicz has established herself as a dynamic, intelligent, and moving singing-actress. Recent appearances include Open Air: A Summer Festival of Music for Pacific Opera Victoria and the Victoria Symphony, Elle (La voix humaine) and the title role of Susannah for Manitoba Opera, Lauretta (Gianni Schicchi) and Suor Genovieffa (Suor Angelica) for Pacific Opera Victoria’s Il Trittico, and her Edmonton Opera debut in 2020 as the Countess (Le nozze di Figaro). Lara enjoys gardening, is an avid walker, loves fabulous footwear, and is a self-professed prairie-girl forever. 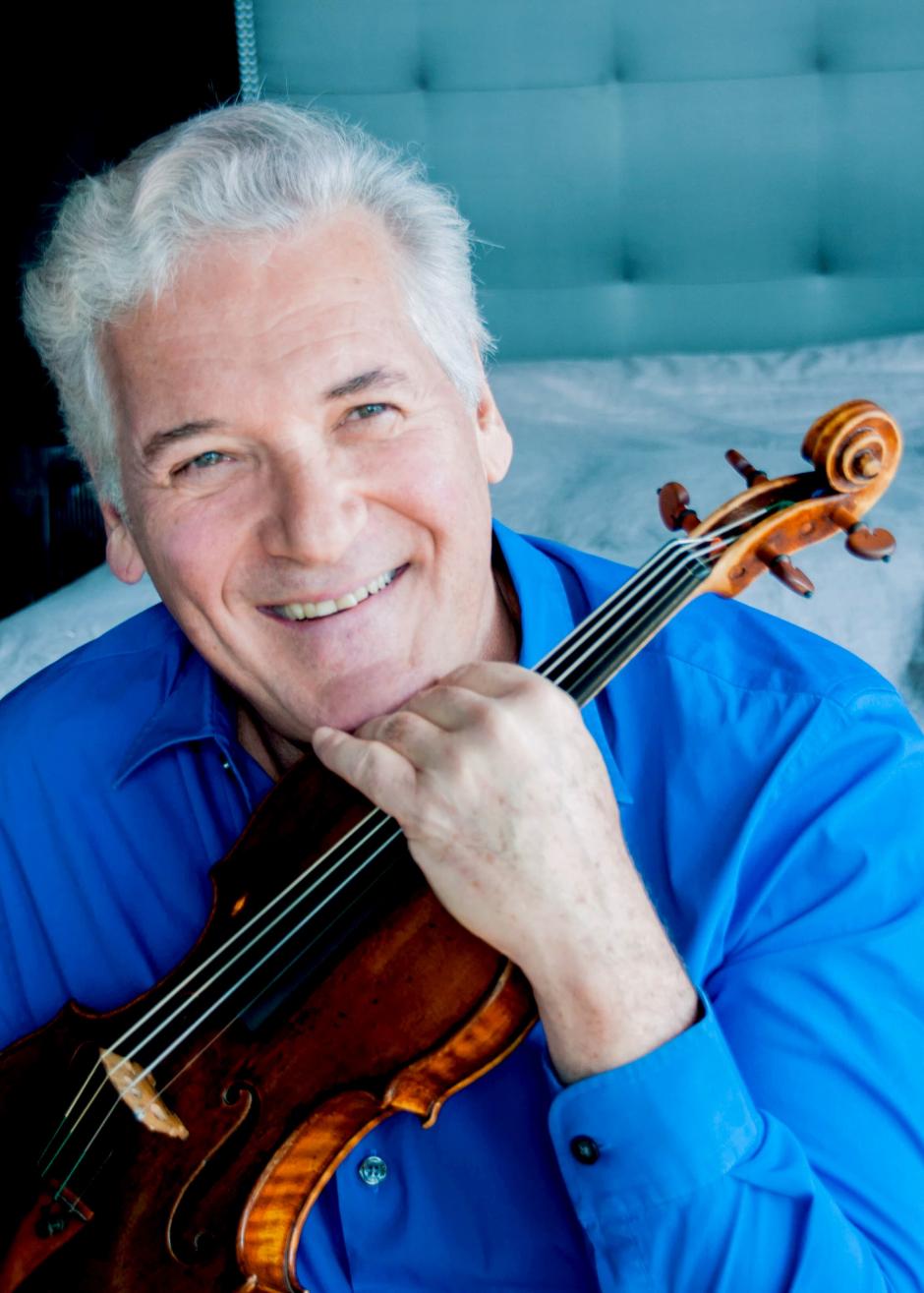 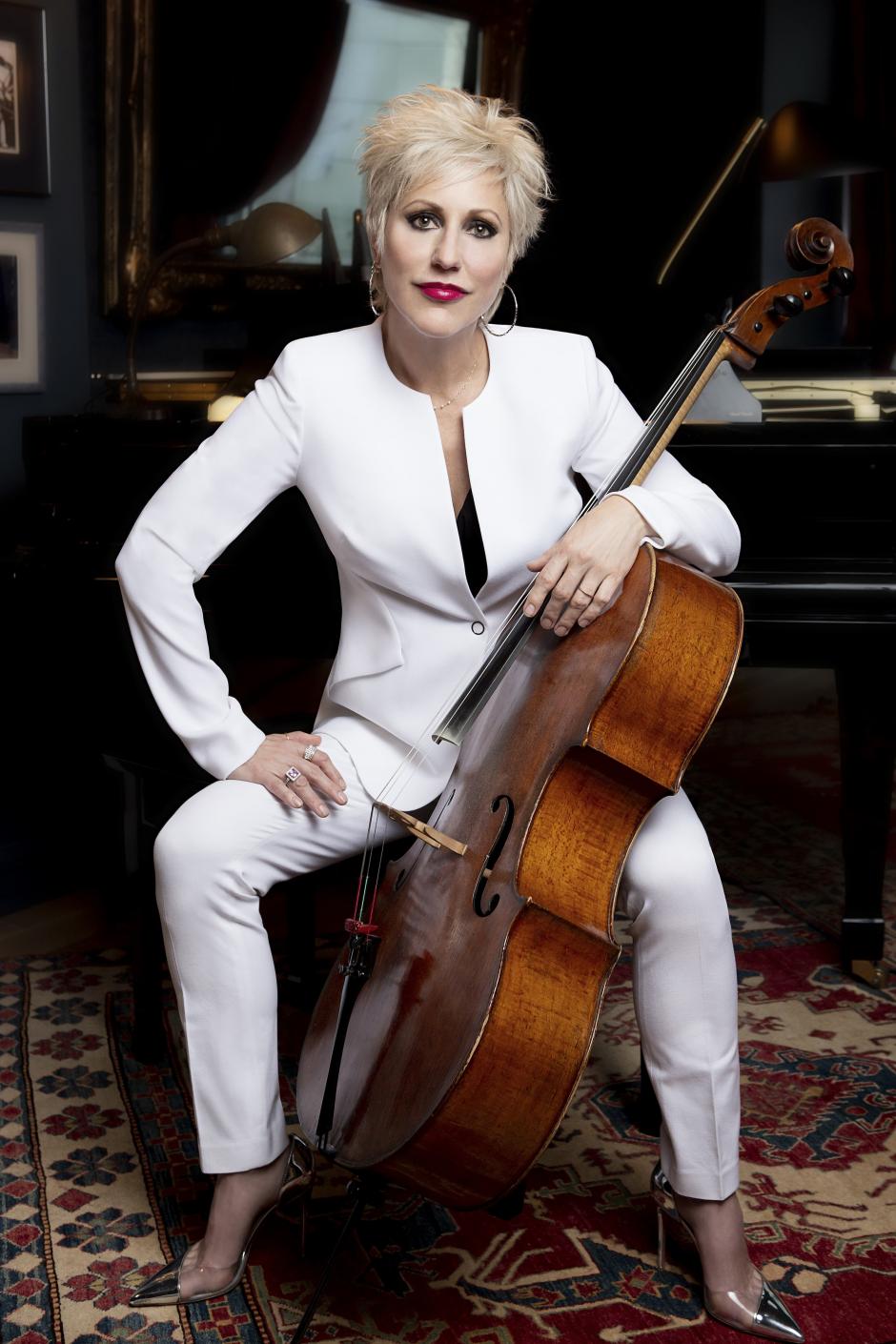 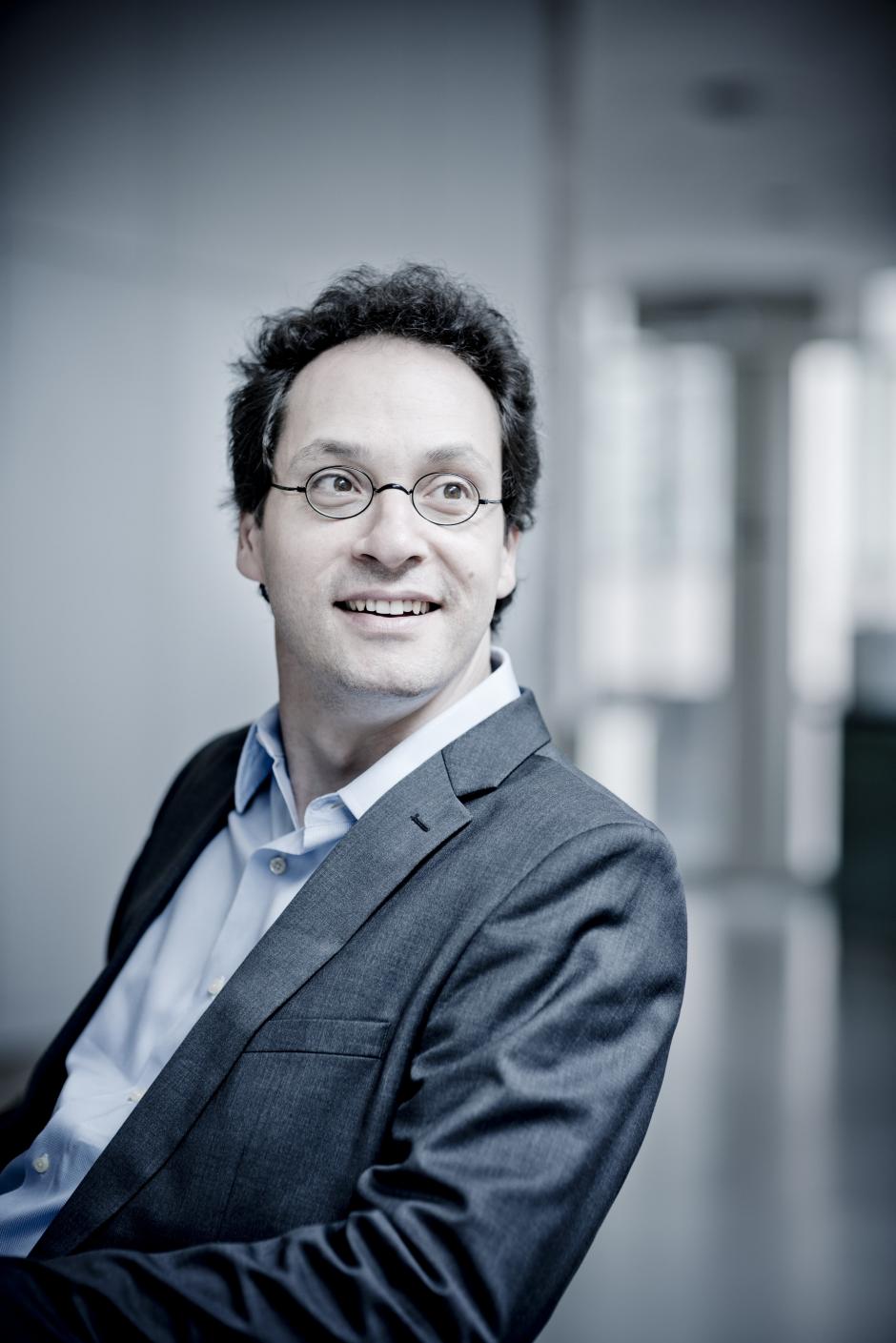 A prodigious talent recognized worldwide for his artistry, Pinchas Zukerman has been an inspiration to young musicians throughout his adult life. In a continuing effort to motivate future generations of musicians through education and outreach, the renowned artist teamed up in 2002 with four protégés to form a string quintet called the Zukerman ChamberPlayers.

The Zukerman Trio debuted in 2011 as an alternative to the quintet works with the Zukeraman ChamberPlayers. The ensemble has traveled around the globe to appear in Japan, China, Australia, Spain, Italy, France, Hungary, South Africa, Istanbul, Russia, and throughout the United States. The Trio regularly performs at the Ravinia Festival, and has appeared at major festivals including the BBC Proms, Edinburgh, Verbier, and Bravo! Vail.

During the 2021-2022 concert season, the Zukerman Trio tours throughout the United States, Canada and Europe.

Price does not include GST. All fees included.

$65 for Bow Valley residents: use promo code 'CASCADE' to book. 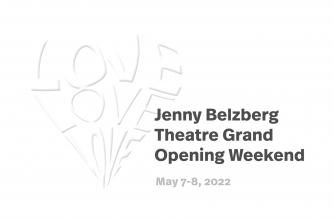 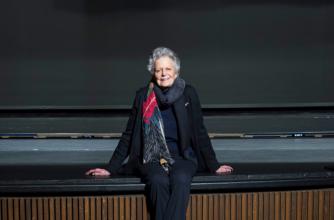 Banff Centre is in my heart 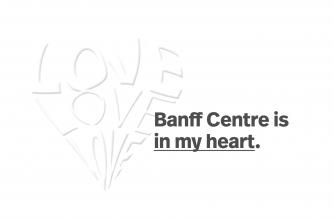 The Jenny Belzberg Theatre Grand Opening Celebration features a free concert to welcome our community in the newly revitalized space.