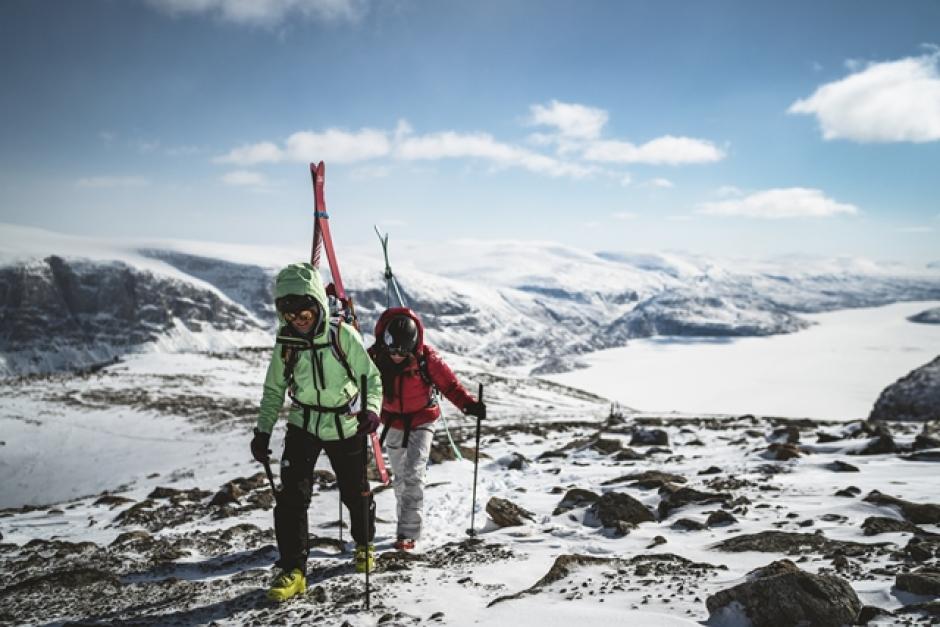 The 47th annual Festival (October 29 to November 6, 2022) will be a robust Festival featuring over 60 live events in Banff and Canmore, feature films, curated mix film programs, guest speakers, free events, and the return of the Festival Marketplace. Online film screenings will once again bring on demand films to the comfort of your home.

Festival highlights include: charismatic female mentors Brette Harrington and Christina “Lusti” Lustenberger sharing stories about their remote first ski descents on Baffin Island, Paul Pritchard tells tales from his adventure book, The Mountain Path, adaptive athlete/skier Vasu Sojitra in an unscripted conversation with Greg Hill about life, the environment and inclusivity in the outdoors, and we will also welcome Himalayan specialist and Polish high altitude climber, Adam Bielecki to the Banff stage for the first time, talking about failure and success on some of the world’s most celebrated peaks.

Not to be missed films:

Pasang: In the Shadow of Everest (Canadian premiere)
(USA, 2022, 71 minutes)
Director: Nancy Svendsen
Producer: Christy McGill, Sharon Wood, Richard Levien
Pasang chronicles Pasang Lhamu Sherpa’s tragic and inspiring journey to become the first Nepali woman to summit Everest in 1993. As an uneducated, Indigenous woman and a Buddhist in a Hindu kingdom, Pasang’s dream to scale the legendary mountain pits her against family, foreign climbers, her own government, and nature itself. Her determined pursuit of Everest plays out within the context of her nation’s quest for democracy and the emergence of the commercial climbing industry. As told by the Nepalis who knew her, by some of the world's most notable alpinists, and by Pasang herself, her historic quest would transfix her country and uplift a new generation's belief in its possibilities.
Screenings:
Sat, Oct 29, 2 PM @ artsPlace Canmore
Thu, Nov 3, 7:30 PM @ Jenny Belzberg Theatre, Banff Centre
Stream online (available Nov 3 - 7)

Wild Waters (North American premiere)
(Switzerland, 2022, 85 minutes)
Director and Producer: David Arnaud
Adventurer, competitor, daughter, friend, pioneer, hero, and badass human are all words used to describe French kayaker, Nouria Newman. In Wild Waters, we follow Nouria as she prepares to become the first female to run a 100-foot (30 m) waterfall; we watch her grow from a young, keen Olympic hopeful to one of the greatest kayakers of all times - male or female. However, running some of the world’s hardest whitewater isn't Nouria's biggest life challenge. Realizing that the expectations placed upon her as both an athlete and as a woman weight heavily on her decisions and ambitions, she pushes back to make her own path. It is this central aspect of her life – this refusal to conform to others’ expectations – where Nouria is able to use kayaking as a way to transform into her truest self, and become a once-in-a-generation kayaker.
Screenings:
Mon, Oct 31, 7:30 PM @ Jenny Belzberg Theatre, Banff Centre
Mon, Oct 31, 7:30 PM @ Margaret Greenham Theatre, Banff Centre
Fri, Nov 4, 7 PM and 9:30 PM @ Lux Cinema Banff
Fri, Nov 4, 7 PM @ artsPlace Canmore
Stream online (available Nov 1 – 6)

Deep in the Heart (Canadian premiere)
(USA, 2022, 100 minutes)
Director: Ben Masters
Producer: Katy Baldock, Jay Kleberg
Deep in the Heart is a visually stunning celebration of what makes Texas unique. Told through the eyes of wildlife species ranging from the mysterious blind catfish to the elusive mountain lion, the story follows our ever-changing relationship with the natural world and showcases our ability to destroy, conserve, and recover wildlife and the habitat we mutually depend on.
Screenings:
Sun, Nov 6, 2 PM @ Jenny Belzberg Theatre, Banff Centre
Stream online (available Oct 29 – Nov 6)

If you’d like to provide media coverage of the 2022 Festival, please submit a media accreditation application form (submissions open until October 10).

About Banff Centre Mountain Film and Book Festival: Created 47 years ago, Banff Centre Mountain Film and Book Festival has become the premier event of its kind in the world. The nine-day Festival hosted by Banff Centre for Arts and Creativity in Banff, Canada, showcases the world’s best films, books and photographs on mountain subjects – climbing, culture, environment and natural history, exploration and adventure, wildlife, and sport – and attracts the biggest names in mountaineering, adventure filmmaking, and explorers as presenters and speakers. An international jury will also award over $40,000 in prizes for films and books submitted to this year’s Festival competitions. banffmountainfestival.ca