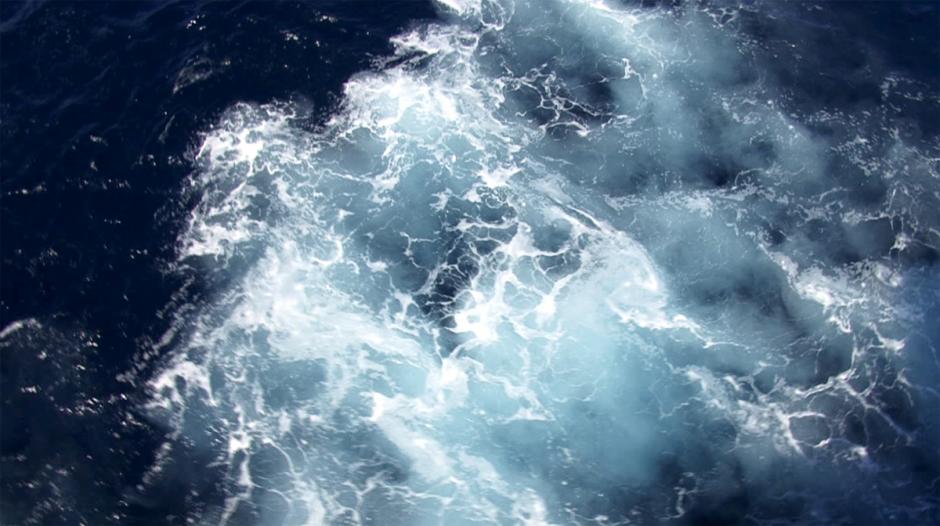 A still from Caroline Monnet's video work from her Walter Phillips Gallery exhibition, Like ships in the night

Caroline Monnet is a French-Algonquin artist based in Montreal. Her solo exhibition at the Walter Phillips Gallery, Like ships in the night, was curated by Peta Rake, and runs January 26 until May 6. Like many of the artist’s works, the show explores notions of identity, communication, and highlights her Indigenous ancestry. The exhibition's centrepiece is a 15-minute video work of Monnet’s 22-day journey across the Atlantic on a cargo ship. The rest of the pieces, which include sculpture, and photography, were made on site during the month Monnet was on campus building the show with Rake in advance of its opening.

Monnet first came to Banff Centre in 2014 for an Indigenous thematic residency, and has developed her own style as a self-taught artist who learns from mentors and colleagues along the way. We sat down with her before her show opened to discuss her artistic practice, the role identity plays in her work, and what’s coming next.

Banff Centre: You're of Algonquin and French ancestry, what role does identity play in your larger body of work?

Caroline Monnet: It's always a tough question, I find. Identity is such a broad subject and concept. I grew up between Brittany, France and Outaouais in Quebec, and I guess that kind of duality of identities has always been part of my work. They're both really important for me. Also when we talk about identity we always say identity comes from an attachment to a territory, but I'm always questioning: so what happens when that concept of identity is divided between two territories. The show here at Banff Centre is kind of a bit like that. There's one piece in the exhibition that's a video I did when I crossed the Atlantic ocean, and for me the Atlantic became kind of a middle ground between my French ancestors and my Algonquin ancestors.

Often in the arts world … people want to categorize you in boxes so you're a female artist, are you francophone or anglophone, are you Indigenous, are you French, are you young, old, established, emerging—you know there's all these boxes that you constantly have to check and I think most of my work is trying to blur those frontiers and put down those square boxes. That's why I also experiment with a lot of different mediums, whether it's video, or sculpture, or photography, or painting. My practice is quite multidisciplinary in that way because I don't like the labelling.

Could you talk me through some of the elements of Like ships in the night, and how are they meaningful to you?

Each piece is in dialogue with the other pieces, so for me they're all kind of important and all trying to embody some kind of message or thematic that we're exploring with this exhibition.

The centre piece is a large scale panoramic video at the back of the gallery that is kind of a psychedelic voyage around the across the Atlantic ocean. Leaving from just outside of Amsterdam, going all the way to Montreal through the Saint Lawrence River.

There's also five giant concrete spheres that are kind of the sculptural aspect of [the exhibition]. They're an installation because they're put onto these very geometric, giant plinths that we've built [that] can have many meanings, whether it's tectonic plates, territories, continents, islands.

What role does communication play in your practice, and in this show?

The wall when you enter there's a giant mural and there's morse code on there and it says "bridging distance."

The whole concept is about how to bring people together.

The word reconciliation is [in] everybody's mouth in the last year, so what does that really mean in a contemporary context and is it even possible to have reconciliation between Indigenous and non-Indigenous? You know, I'm Algonquin but I'm also European. So I can embody a kind of bridge between two nations. It's just trying to find positive ways to bring a level of understanding and communication, a dialogue. 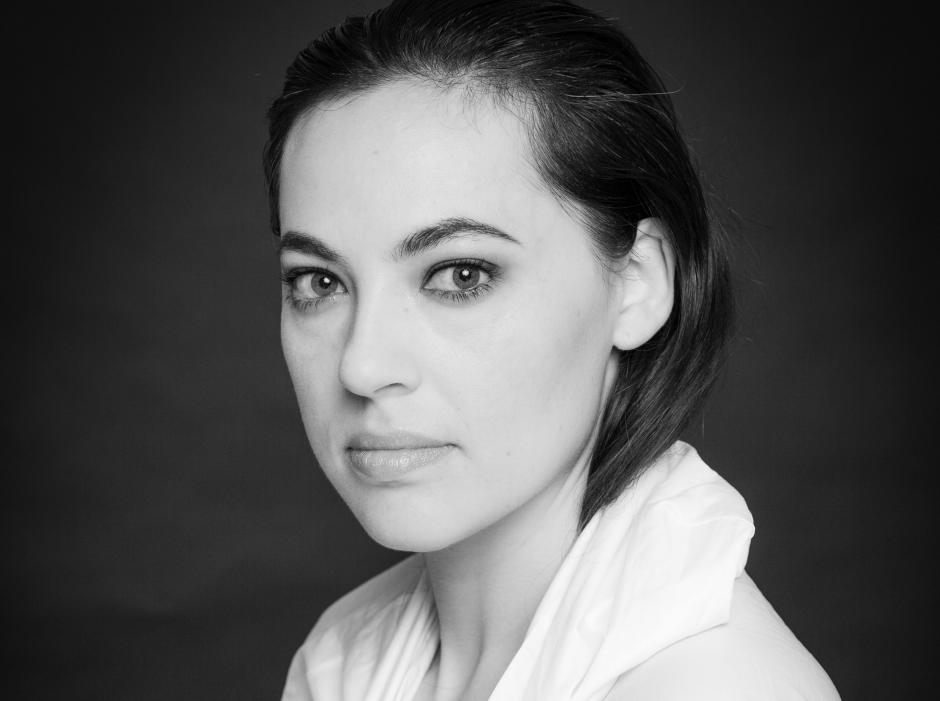 Can you talk to me a little bit about the 22-day voyage that inspired the video?

It was, for me, a way to find a middle ground for both sides of my ancestors to meet. But also, my dad being from France, I'm kind of first-generation immigrant. It's kind of the old mythological, colonial route as well. So I wanted to kind of force myself to redo that voyage, today.

There's something beautiful in the idea of voyage in general, a journey, to leave your life as you've known it so far and to access and to go for a new territory new life—it takes a lot of courage, but also it's the possibilities ahead that are exciting.

And what was it like for you to be on the ship for that long?

Quite meditative. And I think the video portrays that quite a bit. A lot of fear, of course, because I was the only woman on ship. So it brings some level of fear that I think I tried to put into the video—some kind of anxiety or the fear of the unknown, tension. I guess there's something beautiful in the idea of voyage in general. A journey, to leave your life as you've known it so far and to access and to go for a new territory, new life—it takes a lot of courage, I think. But also, it's the possibilities ahead that are exciting.

You aren’t a traditionally trained artist. How do you expand your practice?

I made my first film in 2009 and it premiered at the Toronto International Film Festival—I didn't even know what that festival was when I got accepted, so I was pretty surprised, and I guess it gave me some credibility to apply for Canada Council funding and make my second film. It was kind of a snowball effect. And once [I started] making films, I just felt there were things that I wanted to say or explore where filmmaking was not necessarily the most appropriate [medium] so I got into printmaking, painting, and then mostly recently, sculpture.

Looking at your body of work, combination seems to be something that comes up a lot for you. What do you like about melding different forms together to create something new?

I like tensions. I'm really interested in those grey zones that exist between borders, states of mind and stages of life. We go back to the duality of my identities. They're both so intricately woven. Even though I'm exploring, for example, Indigenous thematics, I'll bring in some European aesthetics like modernism, or European architecture. Even in [my] films the reference may be European cinema or Eastern European cinema, so there's always this intricate mesh of things.

For me it's a way to learn a lot about my own family legacy. I can only speak about things that I know so, often they're quite personal, or they come from historical events that have influenced me personally or at large within my family. For example, if we talk about cultural genocide, how does that affect me? You know, it took four or five generations to remove that kind of Indigenous identity from families—where do I stand today?

What kind of larger topics are on your mind for your next work?

What's your time been like at Banff Centre working on the show and with [curator] Peta [Rake]?

Oh, it's been really amazing. It's privileged conditions to be working here, especially with the Walter Phillips Gallery. It's a luxury to come for one month prior to the exhibition, make the work on site, have constant conversations with the curator, with the technical team—just build the show. You don’t necessarily know how it's going to look, and then you just talk about it, and you build it together. So that's a real luxury as an artist, I think.

You can see Caroline Monnet's show, Like ships in the night, at the Walter Phillips Gallery until May 6, 2018.