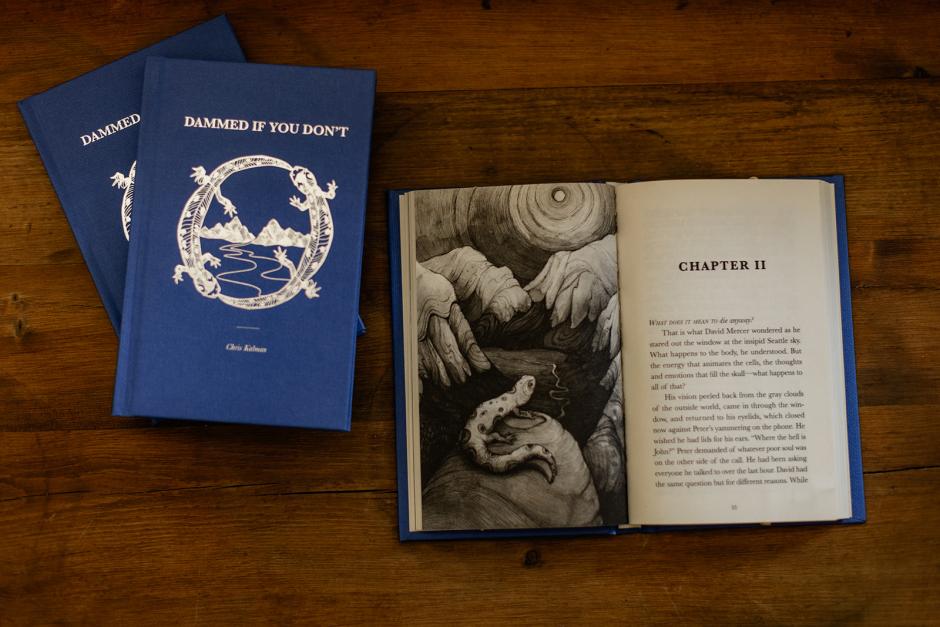 Chris Kalman was born to write fiction. Or at least, it seems like a logical progression since the bedtime stories read to him by his father included classics like the Lord of the Rings. Kalman could barely talk when he was already being exposed to the fantastical world of wizards, hobbits, and elves. Books and reading were part of his life from an early age; he even had an obsession with reading about gorillas in elementary school and was stuck on the biographies of Diane Fossey and Jane Goodall. However, to be a writer of mountain fiction is quite another realm – the genre of mountain literature is niche but add mountain fiction to the mix and you have a niche within a niche.

Kalman’s first book, As Above So Below, was shortlisted for the 2018 Banff Mountain Book Competition Fiction and Poetry award and in a recent interview, Kalman confessed that there are truths in the book that simply couldn’t be written as non-fiction although much of the book is based on Kalman’s own experiences with climbing and the death of friends. Writing the book as non-fiction would bring into question climbers and their judgement during their climbing accidents, so it was better for Kalman to step away from that. Kalman explains…

“For starters, I've always preferred fiction to non-fiction in terms of both reading, and writing. So it was kind of natural I'd go that way eventually, I suppose. But for my first book, it had to be fiction because of the subject matter. I had just lost a handful of friends or coworkers to climbing accidents in a very short period of time, and I was—frankly—pissed off at climbing. And by that I mean...everything. Climbing the sport, climbing the community, climbing the industry, climbing the media. I was angry at all of it, because it all felt somehow complicit in these deaths. But I knew that if I wrote a non-fiction book, or even an article about that, it would be met with rejection, derision, and just more anger.”

Kalman ended up bringing one of his first drafts of As Above So Below to Banff where he was a participant in Banff Centre’s Mountain and Wilderness Writing (MWW) program, and wrote two of the three sections of the book during his time here. He was completely taken with the program and the support it offered, in fact he believes that if not for the writing program, his book may have never been published. Kalman confesses,

“The freelance writing world is riddled with rejections, and you can only take so many before you lose faith in yourself and confidence in your work. Without the MWW, As Above So Below might just be a 9,000 word story sitting on my hard drive somewhere.”

The success of the first book and the feedback he received during the MWW program also gave him the confidence to proceed with his second book Dammed If You Don’t. The new fiction book focuses on a conservation story in the far reaches of Patagonia, once again based on true events…

“Much of what happens in Dammed If You Don't is sort of an exaggeration, or a skewing, of events that have happened, are happening, or may one day happen in the Los Lagos region of Chilean Patagonia, specifically around Cochamó where I have spent close to a year of my life over seven different trips. Cochamó is one of the most beautiful places on the planet, but it's totally unprotected in its current state. It's not a National Park, or a UNESCO World Heritage Site, though it probably should be. Meanwhile, the twin pincers of resource extraction and industrial tourism are closing in from all sides at once, threatening to irrevocably alter and change this mostly untrammeled wilderness. As with As Above So Below, I wrote this book because I felt like I had to. I had something I needed to say. (…well, again,) I think sometimes the best way to tell the truth is through fiction.” 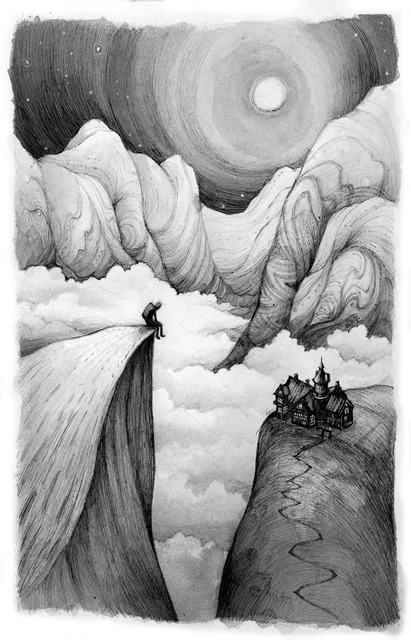 "Working with Craig Muderlak to make these illustrations was actually one of the most enjoyable and exciting parts of this whole project. He's unbelievably gifted. I give him very very little direction outside of the manuscript itself, and then he just invents these scenes, and often an entirely unique drawing style that goes with them. I think he's a big part of the success of these little books." - Chris Kalman

Ernesto Ackermann sat in the drawing room of his Vitacura home on a plush leather chair staring at an austere portrait of himself. He had commissioned the piece in 1998 for his fiftieth birthday. Two decades had passed since then. He had less hair on his head now, and more on his ears. The skin around his cheeks and chin sagged, the eyes and forehead were creased and wrinkled. And yet, he felt he was still fifty years old. Or thirty. Surely he was not the disintegrating body he saw before him when he looked in the mirror (or even the aged man in the painting). Inside the fire still burned brightly. He looked at his watch. Mr. Mercer would be arriving any moment. He liked Mr. Mercer. John was ambitious and focused, just like his son Matías. But he found Mercer’s obsession with morality banal, and childish. He was glad Matías was not burdened with the same concerns. Moral people were always wondering whether or not they should do something. “Should” was a word that held no thrall over Ernesto. He had watched too many of his peers shrink from their potential energy, their calling, because they got bogged down in the tedium of “should”. It irked Ernesto to no end. Did Picasso bother with “should” when he painted the Guernica? Or Stravinsky when he brought Paris to its knees with the Rite of Spring? Or Neruda, Borges, Marquez, who made up whatever rules they desired. Should we land on the moon? Should we split the atom? Should we clone the sheep? To hell with all of that. First, find out how. Then we can talk about should.

Excerpt from Dammed If You Don't by Chris Kalman 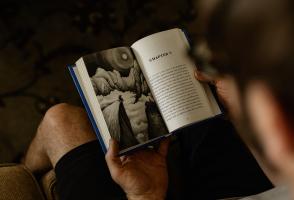 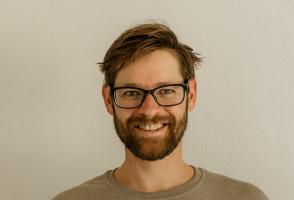 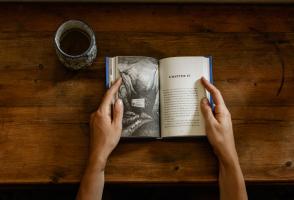