All Day | Welcome to the Festival - Watch now!

Welcome to the Festival

This documentary delves into the lives, on and off stage, of four superb musicians who give up the prospect of solo careers to form The Dover Quartet. We are with them when they 'breakthrough,' winning the most prestigious international string quartet competition, and are suddenly in demand all around the world.

Available to watch from September 1 (Beginning at 12 pm MDT) through September 7.

Bruce Broder is a documentary filmmaker living in Washington DC.  His first film, Chops, followed a Florida high school jazz band’s quest to get to New York and compete in the highest-level jazz band competition in the country.  Chops premiered at the Tribeca Film Festival in New York and were distributed by Virgil Films. It won Best Documentary at three Film Festivals and was selected for presentation by the International Documentary Association.

In his review of the film, Baltimore Sun critic Michael Sragow wrote:
"It's a tribute to Broder's powers of observation and empathy that when the kids, in simple language, explain what it means to swing as one, they do acquire a kind of bardic clout…the effect is overpowering."

Prior to filmmaking, Broder wrote, produced, and directed commercials—taking a special interest in music tracks--for advertising agencies in Detroit, Baltimore, and Jacksonville, FL. He also headed the creative departments of those agencies and was President of two of them.

Find out more at stringsattachedmovie.com

From the Colburn School, Los Angeles

Learn more about the Viano String Quartet and Rodolfo Leone below. 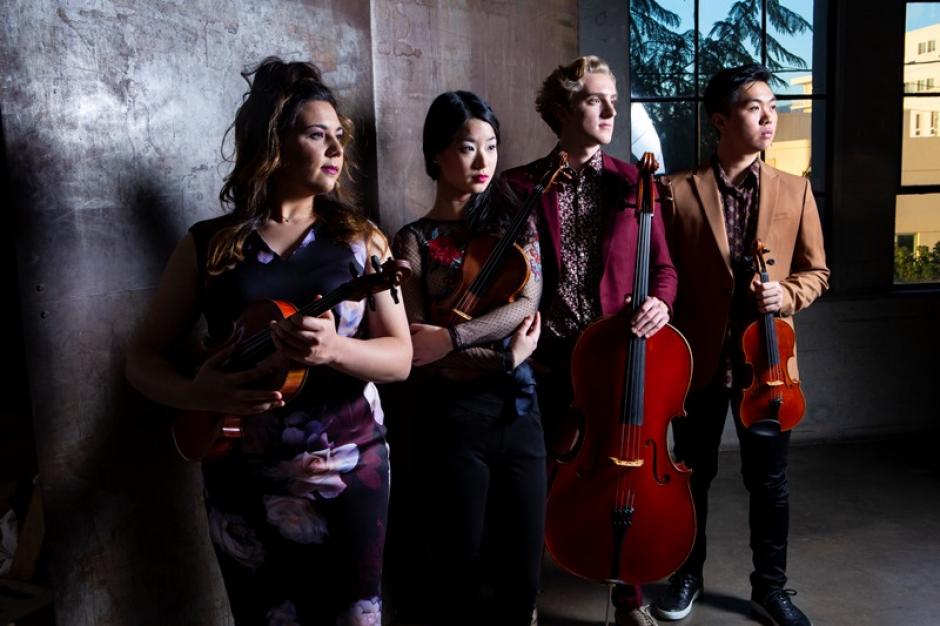 Viano String Quartet is presented in partnership with The Colburn School.

Praised for their “huge range of dynamics, massive sound, and spontaneity” (American Record Guide),  the Viano String Quartet are joint first prize winners of the 2019 Banff  International String Quartet Competition. Formed in 2015 at the Colburn Conservatory of Music in Los Angeles, where they are Ensemble in Residence through the 2020-21 season, the quartet has performed in venues such as Wigmore Hall, Segerstrom Center for the Arts, SOKA Performing Arts Center, and the Cerritos Center for Performing Arts.

During the 2019-20 season, the Viano performs on three continents, making debuts in Beijing, Berlin, Brussels, New York City, and Vancouver. The quartet also gives several performances in Los Angeles at Boston Court, the Music Guild, and Zipper Hall and records for the Canadian Broadcasting Corporation.

The Viano String Quartet has performed with world-class musicians such as pianists Emanuel Ax and Elisso Virsaladze, violist Paul Coletti, violinist Martin Beaver, and vocalist Hila Plitmann. They have performed in Los Angeles for the South Bay Chamber Music Society and the Colburn Chamber Music Society; in Marquette, Michigan for the Siril Concert Series; and with NPR host Rob Kapilow on his “What Makes it Great?” Series.

Committed to engaging with children and communities outside the concert hall, the Viano String Quartet has given presentations for school children and students of all ages through residencies in Bellingham, Washington - the “Play it Forward” residency, a collaboration between the Bellingham Festival of Music and the Whatcom Symphony to reach school children in the northern Washington State area - Northern Michigan University, and the Santa Monica Conservatory. In 2019 they gave multiple performances of “Over the Top”, a Musical Encounter Interactive presentation they scripted, developed, and performed at the Colburn School for inner-city school children.

The Quartet works primarily with Martin Beaver, as well as other members of the Colburn School faculty, including Scott St. John, Clive Greensmith, Paul Coletti and Fabio Bidini. They have received coachings from artists such as David Finckel, Gary Hoffman, Arnold Steinhardt, Jean-Yves Thibaudet, and members of the Emerson, Brentano, St. Lawrence and Calidore String Quartets. They have attended the St. Lawrence String Quartet Seminar, and the Norfolk and MISQA summer festivals. 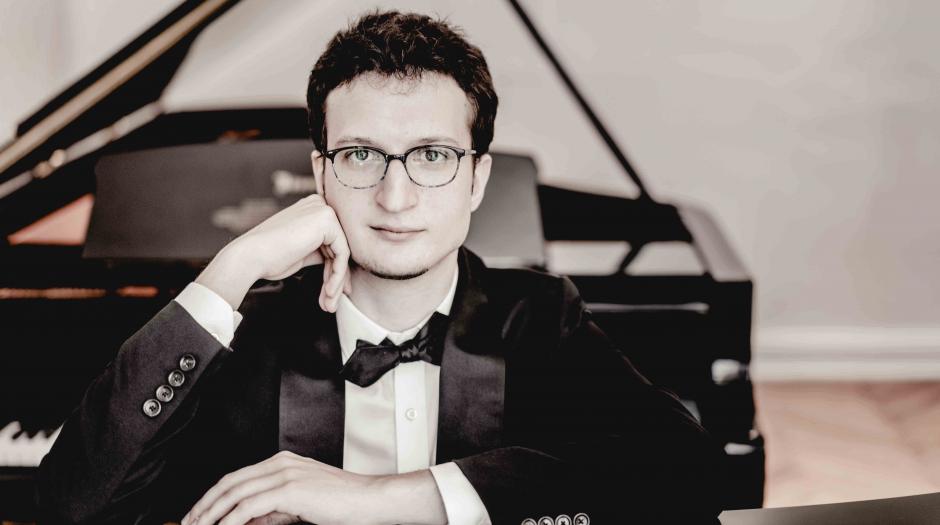 The brilliant 27-year-old Italian born pianist Rodolfo Leone was the first-prize winner of the 2017 International Beethoven Piano Competition Vienna. Described as “a true sound philosopher” (Oberösterreichische Nachrichten), Rodolfo released his debut album on the Austrian label Gramola in May 2018. The all-Beethoven disc features two pillars of the piano repertoire: the “Hammerklavier” Sonata and the “Waldstein” Sonata. His playing has been described as having “impeccable style” and “absolute technical control.” (Il Nuovo Amico).

Rodolfo’s 2018-19 season included debuts with the San Diego Symphony (Liszt’s Piano Concerto No. 1) and the Pasadena Symphony (Mozart’s Piano Concerto No. 21); he also performed Beethoven’s Triple Concerto in Walt Disney Hall with the Colburn Orchestra. In May 2019, he gave a recital tour in Austria, culminating in a performance in Vienna at the Brahms-Saal of the Musikverein. He also performed recitals in Los Angeles and Naples, Florida, and appeared on the chamber music series Le Salon de Musiques in Los Angeles. As a 2018-19 Performance Today Young Artist in Residence, Rodolfo’s live recordings were broadcast nationally throughout the United States.

A native of Turin, Italy, Rodolfo made his orchestral debut in 2013 performing Rachmaninov’s Piano Concerto No. 3 with the Haydn Orchestra of Bolzano and Trento (Italy). He toured Italy with that orchestra the following year performing Shostakovich’s Piano Concerto No. 1. Rodolfo made his North American debut in 2014 performing Liszt’s Piano Concerto No. 1 with the Toronto Concert Orchestra. Since then, he has performed with, among others, the Vienna Radio Symphony Orchestra with Stéphane Denève and the Colburn Orchestra at Walt Disney Concert Hall; and recitals at Festival Napa Valley and the Soka Performing Arts Center. He has also performed chamber music with Lynn Harrell, Fabio Bidini, Andrew Schulmann, and the Viano String Quartet.

Rodolfo has performed extensively throughout Europe, North America, and China. These performances include debuts in venues such as the Musikverein in Vienna, Steinway Hall in London, the Music Hall of the National Centre for the Performing Arts in Beijing, the Politeama Theatre in Palermo, the Mozart Concert Hall of Accademia Filarmonica in Bologna, and the BASF Gesellschaftshaus in Germany. A top-prize winner of several major piano competitions, Rodolfo was awarded top prizes at the 2014 Toronto International Piano Competition and the 2013 Busoni International Piano Competition. Pianist magazine described his concerto performance during the 2017 International Beethoven Piano Competition as a “communion with the orchestra” that “was raptly convincing… robust and joyful.”

Rodolfo is currently based in Los Angeles where he previously studied at the Colburn Conservatory of Music. He holds both a Master of Music degree and an Artist Diploma from Colburn, where he studied with Fabio Bidini.  He previously studied at the Hans Eisler School of Music in Berlin, Germany, and at the G. Rossini Conservatory in Pesaro, Italy.