The Rolston Sessions, filmed at the 2013 Banff International String Quartet Competition, is over 75 minutes of breathtaking performances and insightful interviews with ten of the best emerging string quartets in the world. Captured away from the competition in the beautiful Rolston Recital Hall at the Banff Centre, The Rolston Sessions is a unique peek behind the curtain at one of the foremost chamber music competitions today.

Learn more about the Attacca Quartet below. 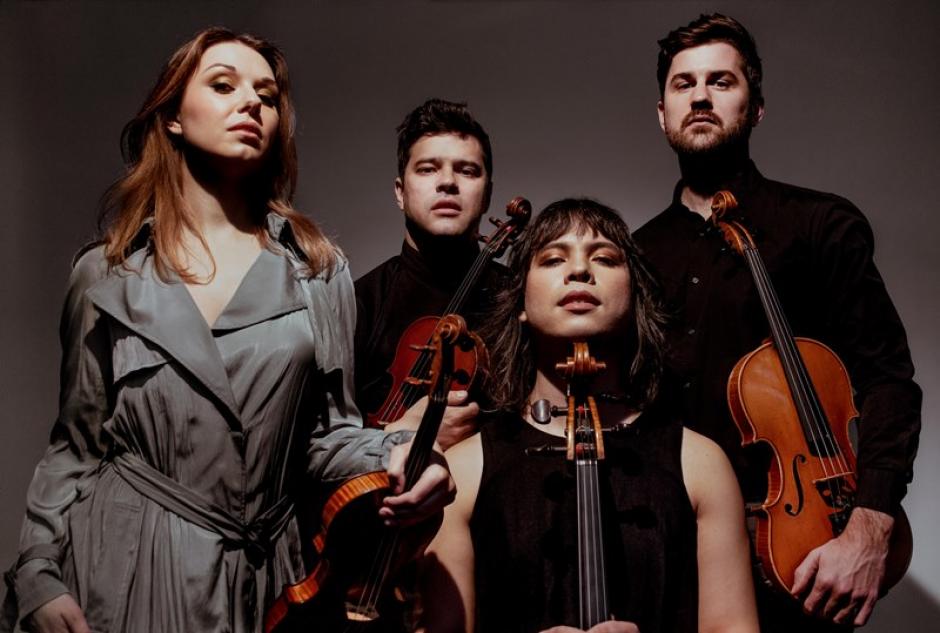 Grammy award-winning Attacca Quartet, as described by The Nation, “lives in the present aesthetically, without rejecting the virtues of the musical past”, and it is this dexterity to glide from the music of the 18th through to the 21st century repertoire that place them as one of the most versatile and outstanding ensembles of the moment – a quartet for modern times.

Touring extensively in the United States, recent and upcoming highlights include Carnegie Hall Neighborhood Concerts, New York Philharmonic’s Nightcap series, Lincoln Center’s White Lights Festival and Miller Theatre, both with Caroline Shaw, Phillips Collection, Chamber Music Austin, Isabella Stewart Gardner Museum in Boston, and Trinity Church at Wall Street where they will perform the complete cycle of the Beethoven String Quartets. Attacca Quartet has also served as Juilliard's Graduate Resident String Quartet, the Quartet in Residence at the Metropolitan Museum of Art, and the Ensemble-in-Residence at the School of Music at Texas State University. Outside of the US, recent performances include Gothenburg Konserthuset, MITO Septembre Festival in Italy, and their debut in London at Kings Place and in Oslo at the Vertravo Haydn Festival. As well as their recent tour in Central and South America, they will return to Europe for a tour of ten concerts around Sweden as well as taking part in the Prague String Festival and September Me Festival in the Netherlands.

“…a surprisingly powerful experience” THE STRAD